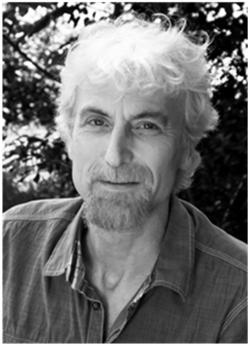 Herb Wyile died at his home in the company of his family in Wolfville, Nova Scotia, very soon after being diagnosed with advanced cancer. Predeceased by his siblings Elizabeth and John and his parents Herbert and Marguerite, he is survived by his wife Andrea Schwenke Wyile, daughters Hannah and Anikó, sister Geraldine, and nephews Alex, Gregory, and Michael Hind.

Born in Hong Kong, the child of a British medical service family that came to Canada in 1969, he had a lifelong fascination with colonialism and its impact on regions, cultures, and peoples.

A respected and accomplished scholar of Canadian Literature, Herb was a professor of English at Acadia University for the past 15 years. His colleagues in the field remark that he was a believer in understatement rather than exaggeration – litotes over hyperbole – who worked with quiet and consistent care to produce a body of work that fundamentally challenged, and changed, the way the writings of the Atlantic provinces are studied and understood. His work focused primarily on questions raised by literature’s relationship with regionalism, history, and neoliberal economics. The books and collections he wrote and edited, including the landmark texts A Sense of Place: Re-evaluating Regionalism in Canadian and American Writing (1998), Speculative Fictions: Contemporary Canadian Novelists and the Writing of History (2002), Surf’s Up: The Rising Tide of Contemporary Atlantic-Canadian Literature (2008), Speaking in the Past Tense: Canadian Novelists on Writing Historical Fiction (2007), and the prize winning Anne of Tim Hortons: Globalization and the Reshaping of Atlantic-Canadian Literature (2011) are characterized by sharp turns of phrase, comfort with complicated theoretical concepts, and a strong sense of justice and concern for people marginalized on the basis of their ethnicity or gender, their economic circumstances, or the region they inhabit.

A team player, Herb derived his greatest satisfaction from shared victories. Just as he loved his weekly rituals with his hockey or soccer teammates, he contributed to the collective success of so many others by playing an essential behind- the-scenes role. He mentored dozens of graduate students from across the country, worked hard for the Acadia Faculty Association, served on the national SSHRC review committee, and co-edited the journal Studies in Canadian Literature since 2012.
A kind, wise, smart, mirthful, gracious, generous, and gentle man, and the finest sort of friend, he will be remembered for his crackling wit and wry humor and for his genuine humility. Herb leaves behind a large community of grieving friends and family.

There will be a memorial celebration on Saturday July 9 at 4 p.m. in the community room of the Wolfville Farmers’ Market. Donation decisions will be made public at that time, and added to this the website