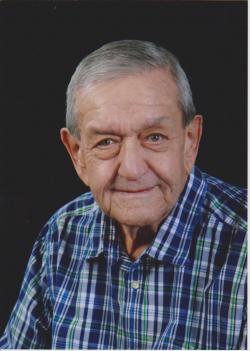 Robert Eric "Bob" Paish – 79, of Kentville, Kings County, passed away on Wednesday, May 31, 2017 in the Halifax Infirmary, QEII, Halifax. Born in Montreal, Que., he was a son of the late Thomas and Martha (Sargent) Paish. Bob’s life was centered around his wife and family; the most important things to him.  He was a mentor to his sons, teaching them the important values that he lived by.  He was an entrepreneur, at the fullest, as a valley businessman operating many businesses, the last one with his son, Mark (Paish's Paint Store). He is survived by his loving wife of 58 years, Georgina "Jean"; four sons, Rob (Bonnie), Gibsons, BC; Mark (Robin), Kentville; Andrew, Victoria, BC, and his fourth son and favourite nephew, James (Tammy) Beatty, Lloydminster, Saskatchewan; a sister, Gladys Korhonen, Innisfail, AB; six grandchildren, Megan, Holly, Matthew, Cameron, Taylor and Aaron; nieces and nephews. He was predeceased by a sister, Hilda Hommell; four brothers, Thomas, Bill, Ken, and a brother in infancy. Cremation has taken place and there will be no visitation by request. The funeral service, followed by a reception, will be held at 2:00 p.m. Tuesday, June 6, 2017 in the White Family Funeral Home, Kentville. Family flowers only, by request. Donations in memory may be made to the Valley Regional Hospital Foundation. Funeral arrangements have been entrusted to the White Family Funeral Home and Cremation Services, Kentville. On-line condolences and inquiries may be directed to www.whitefamilyfuneralhome.com.