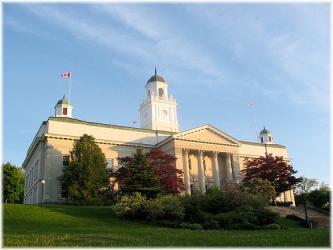 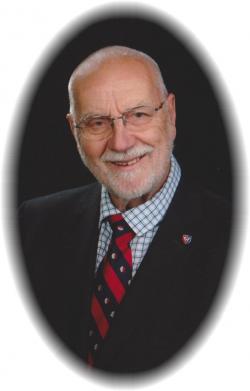 The death of Rodger Ernest Winfield Forsman occurred on Sunday, August 13, 2017 at Valley Regional Hospital, Kentville, Nova Scotia from acute myeloid leukemia. Rodger was born on May 28, 1934 at the farm of his pioneer parents, Ernest Bror Forsman and Margareta Isabella Johanson, east of Strasbourg, Saskatchewan. Rodger had three sisters, Joyce (Lee), Estelle (Anderson), and Yvonne Brown (deceased). Rodger attended both elementary and high school in Strasbourg, and excelled in all of his studies. He attended B.L.T.S. in Calgary in 1951-52. Working and studying in the automotive trade, he earned his journeyman papers in Motor Vehicle Maintenance and Repair in 1957. Rodger married Lois (Anderson) on July 28, 1956 in Congress, Saskatchewan. In 1959 they moved to Hamilton, Ontario where Rodger earned his M.A and M.Div degrees at McMaster University. He then attended the University of Toronto where he earned an M.A. and a Ph.D that he completed in 1973. He also taught at York University and Brock University when he lived in Ontario. In 1971 the family moved to Wolfville, Nova Scotia where he taught for 40 years at Acadia University in the Departments of Religious Studies, Philosophy, and the School of Business. He was acting Dean of Arts, Senate member, and served on many committees. As a member of Wolfville Baptist Church he sang in the choir for over 30 years, was a deacon, served on the Board of Trustees, and other committees. He also sang in the University Chorus and the Gentlemen’s Chorus. Rodger is survived by his wife of 61 years, Lois; two sons, Jon (Dominique), La Desirade, Guadeloupe; Andrew (Hooban), San Diego, California; and three precious grandchildren, James, Alexander, and Heidi. He will be missed by many relatives. Cremation has taken place. There will be no visitation, by request. A service of Thanksgiving to God for the life of Rodger Forsman will be held at Manning Memorial Chapel on Monday, August 21, 2017 at 2 pm., Reverend Timothy McFarland and Reverend Doctor Roger Prentice officiating. Memorial gifts may be made to the Manning Memorial Chapel Endowment Fund or charity of your choice. Funeral arrangements have been entrusted to the White Family Funeral Home and Cremation Services, Kentville.