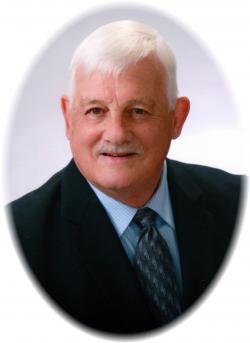 Dr. William Francis "Bill" Mason, MD, FRCPC, FACR – 82, of Halifax, passed away Wednesday, February 7, 2018 in the QEII Health Sciences Centre, Halifax, surrounded by his family. Born in Wolfville, he was the son of the late DeLancey "Lanny" and Gladys (Hubley) Mason. Bill graduated from Kings County Academy, Kentville (up on the hill). He graduated from Dalhousie University Medical School (1961) and completed a fellowship at Harvard University, Cambridge, Massachusetts, where he specialized in radiology. He spent most of his career at the Victoria General Hospital as a vascular radiologist and was also associate dean of medicine at Dalhousie University. He served in executive capacities on numerous medical boards and committees and was a past-president of the Canadian Association of Radiologists, president of the Medical Society of Nova Scotia and a member of the board of directors of the American College of Radiology. After recognizing a need for children with learning differences, Bill became one of the four founding members of Landmark East School, Wolfville and the school’s first chair. He was recognized with a number of awards including  the Canadian Association of Radiologists Gold Medal, the Rotary Club of Kentville’s Paul Harris Fellowship, and the Queen Elizabeth II Diamond Jubilee Medal for his contributions to his community and province. Following retirement, he continued to practice on a part-time basis at a number of hospitals in Nova Scotia and New Brunswick. Bill had a lifelong love of travel that began in 1951 when he traveled to Austria to attend the seventh World Scout Jamboree. He was an amateur musician, a lover of animals, an avid sailor and tennis player. His greatest joy was spending time with his family and friends. Bill is survived by a daughter, Jennifer Lee Mason, Halifax; two sons, Thomson "Tom" (Cathy Doyle), Halifax; Peter, Halifax; his partner and caregiver, Laura Ellis; a grandson, William Nicholas "Nick" Mason; a sister, Shirley Leydon, Dartmouth; nieces, nephews and special friends. He was predeceased by his wife, the former Frances Thomson (Kentville). Cremation has taken place. There will be no visitation, by request. The funeral service, followed by a reception, will be held at 11:00 a.m. Tuesday, February 13, 2018 in St. Andrew’s United Church, Halifax, Reverend Susan Chisholm officiating. Interment will take place at a later date in the Columbarium at the Elm Grove Cemetery, Steam Mill, Kings County. Donations in memory may be made to the Landmark East School Bursary Fund. Funeral arrangements have been entrusted to the White Family Funeral Home and Cremation Services, Kentville.