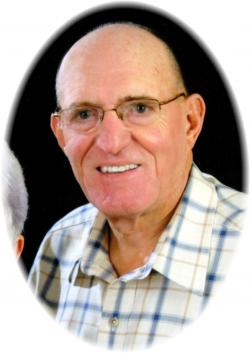 HOLMESDALE, Arthur Donald "Don" – Age 73, Kingston, passed away Thursday, March 7, 2019 in Soldiers’ Memorial Hospital Middleton. Born in Vancouver, BC, he was a son of the late Arthur and Elizabeth (Smith) Holmesdale. Don served with the Canadian Forces for 28 years as a Military Policeman and later 15 years at Acadia University retiring as Director of Safety & Security. He was a Justice of the Peace, chair of the Kingston Village Commission, Past Master of Valley Masonic Lodge No. 90, Berwick, a member of the Royal Canadian Legion, Branch No. 98, Kingston and a member of the Aylesford United Church. Don enjoyed golfing, curling, cooking, walking, and reading. He is survived by wife, Lynda; son, Thad (Lisa), Aylesford; daughter-in-law, Ruthanne, Ottawa; grand-children, Sarah and Jackson, Ottawa; brothers, Randall (Carol), Berwick; Bruce (Elaine), Surrey, BC; sisters, Patricia (Stephen) Lunn, Hantsport; Gayle MacKay, Regina, SK.  Besides his parents, he was predeceased by son, Shawn; sister, Ewayne and brothers-in-law, Andy MacKay and Tom Prokopow. In accordance with Don’s wishes, cremation has taken place. There will be no visitation. A private graveside service with a Masonic Tribute for Don will take place in the North Kingston Public Cemetery on Wednesday, May 22, 2019 at 2:00 p.m.  Family flowers only.  The family would like to thank the doctors, nurses and staff of both Medical A at the Valley Regional Hospital Kentville and the TCU at Soldiers’ Memorial Hospital as well as those from Careforce for the wonderful care for Don and their support for family.  Donations in memory may be made to the Aylesford United Church - PO Box 180, Aylesford, NS B0P 1C0.