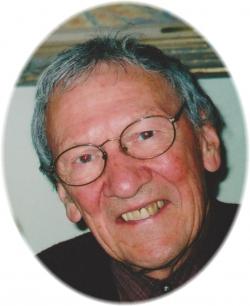 The Rev. Dr. Robert (Bob) Wallace of Wolfville passed from this world to the next on March 12th. During his 60 years in ministry with the United Church of Canada Bob lived and preached in communities across Canada and New England. He was pre-deceased by his wife Gwynneth and grandson James Jay. He is survived by his late-in-life love Shirley Margeson Wallace, and his children Dolly Lansdowne, (Alert Bay), Brenda Wallace-Allen, (Blomidon), Craig, (Princeton), TJ, (New York), and Mark, (Los Angeles). He also leaves his legacy as a grandfather to Robb and Carmen Lansdowne, Kris and Nathan Allen, Genevieve Hearn and Tovah Paglaro. The little ones who will remember him fondly as great grandpa include Asher, Burgundy and Weston Paglaro, Gabriel and Esperanza Escobar Lansdowne, Blake, Devan and Olive Lansdowne, Sophia and Connor Allen, and Kelton Hearn. He will be missed by his step-children, Greg and Dale Kavanagh and Shelley Fleckenstein. For six years Bob served as the United Church representative to the World Council of Churches. He authored many devotional books including one for pilgrims to the Holy Land. His young adult book on the life of Paul, To Run with Courage, was part of the United Church Sunday School curriculum in the 60s. He also published hundreds of articles and especially enjoyed writing movie reviews. Bob loved the written word and devoured writing of all genres. Bob was an avid birder, art collector and opera lover. He had a keen interest in sports as a participant, an observer and a very loud cheerleader for family members and the Boston Bruins. His joy of travel took him around the world and he carefully cultivated this in his children and grandchildren by introducing them to places he thought would kindle their fascination with travel. One of his great skills was forming friendships, some of which have spanned eight decades. His gentle nature, keen interest in hearing life stories and his commitment to helping others resulted in friends across the globe. Memorial donations can be made to the Valley Hospice Foundation. www.ValleyHospice.ca. Bob’s funeral will be held at Canard Community Church on Thursday, March 21st at 2:00 PM. A family celebration of his life and the interment will take place in May. We will miss Bob but we will also remember a favourite Irish Farewell as we move forward "May the stars light your way. And may you find the interior way. Forward!" On-line condolences and inquiries may be directed to www.whitefamilyfuneralhome.com.