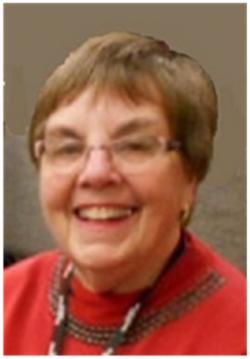 A BEAUTIFUL VOICE IS STILLED

Mrs. Carol Joyce (Taylor) Grover – age 83, of Wolfville, passed away on June 12, 2019, in the Valley Regional Hospital, Kentville, following a long battle with cancer. Born on December 9, 1935 in Windsor, she was a daughter of Walter Allen Taylor and Ethel Audrey (Lawrence) Morton. Carol was sociable, full of laughter and an energetic fighter. Carol graduated from Edgehill School (1953), Mount Allison University (B.A. 1956) and from Dalhousie University (B.Ed. 1957). At Mount A, despite being only 5 feet tall, she played varsity basketball, volleyball and field hockey, earning a gold A in sports. At 18, she met a bellhop at the Digby Pines Hotel, where they were both working for the summer. Downey Grover played such a mean piano that she happily married him and they made beautiful music together for the next 50 years. Parenting became her main focus. Carol cared deeply about educating children as early as possible in the national languages, placing her children in the first French immersion programs in Canada. She also ensured that they all had musical training. Family ties mattered to her; every summer while her family lived in Toronto, there was a trip bringing her children back to the Valley, which built loving, enduring relationships with cousins, aunts and uncles. Musically gifted, she always started the day by singing around the house. Even as a child, she performed at the Halifax Music Festival. Later, she performed in musicals, sang in various church choirs and helped train junior choirs. Always in a choir, she sang alto in the Toronto Symphony Choir under the baton of Seiji Ozawa, then in the Halifax Chamber Choir under Klaro Mizerit and Paul Murray and finally under Bill Perrot in the Kings Chorale in the Annapolis Valley. Kings Chorale, to her delight, indulged her love of travel and musicals, taking her to sing at the Lincoln Center and Carnegie Hall in New York. Carol loved knitting, sewing and quilting. As a young wife, she sewed all her children’s clothes; as a grandmother, she made a quilt for each child and grandchild. All her children learned to knit. She and Downey were avid bridge players, becoming Life Masters in 1988. In later life, she shared Downey’s hobby, gardening, a passion expressed profusely in the gardens surrounding the much-loved house in Avonport. An energetic original denizen of the ‘Beautiful Inside and Out’ exercise class at Acadia, Carol made many friends during her 20 years there. She was a loving mother to three daughters, Cynthia, Brussels, Belgium; Hilary (Eric) Cubilier, Avonport, and Rachel, Halifax; two sons, Peter, Tennessee, USA, and William, Scarborough, Ontario. She is also survived by her sister, Marie (Taylor) Stuart, Hantsport; half-brother, Scott (Marianne) Morton, Bedford; grandchildren, Kerina (Kate), Cameron (Katie), Erika (Byron), Natalie and Audrey; great-grandchildren, Brandon, Silas, Norah and Rhys. She leaves behind her college roommate of long ago and lifelong friend, Hope Fraser, and LaVerne Porter, a relative but more importantly a friend who helped her all her married life and beyond. She was predeceased by her parents, her loving husband, Dr. Benjamin Downey Grover, an infant son, Downey Bruce, and her half-sister Thelma (Taylor) Smylie. Cremation has taken place and there will be no visitation, by request. The funeral service, followed by a reception, will be held at the White Family Funeral Home, Kentville at 1:00 p.m. Saturday, August 17, 2019. Burial will take place in the Falmouth Cemetery. Family flowers only, by request. Donations in memory of Carol may be made to the Valley Hospice Foundation in Kentville or to the Victorian Order of Nurses. The family wishes to thank the medical staff of the Medical B unit at the Valley Regional Hospital. We much appreciated the kindness of the VON and the unwavering care of Rachel Grover and Lori Burgess. Between them, they made it possible for Carol to live at home in comfort until the last two weeks of her life. Special thanks to LaVerne Porter and Jane Grover for their sustained bedside vigil. Funeral arrangements have been entrusted to the White Family Funeral Home and Cremation Services, Kentville.