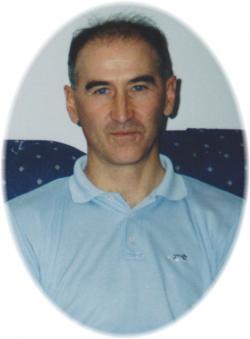 It is with heavy hearts we announce the sudden passing of Perley Edward Coldwell, age 69, of Baxters Harbour who passed away at home, on July 4, 2019. Born on March 14, 1950 in Wolfville, he was a twin son of Howard and Mary (Brown) Coldwell. He grew up in Gaspereau living on the family farm. He was one of the four oldest siblings that started tubing in the Gaspereau River. Perley and his twin brother, Perry, attended Gaspereau Elementary School and the old Horton District High School. He played soccer for the Horton boy's soccer team throughout his junior and senior years. After graduating from Horton, Perley attended Acadia University to play soccer. In 1969 Perley played with his Horton team mates on the Nova Scotia Canada Summer Games soccer team held in Nova Scotia. He represented Nova Scotia Senior Soccer, the first year for the Valley Team. Next year he represented "All Star Soccer Team" in Winnipeg. Perley coached boy’s soccer teams and refereed youth soccer for several years in the Valley. He refereed men soccer games throughout the Valley and Halifax area for many years. Perley was a member of Horton "B" boys basketball team and Horton senior volleyball team. He was named to the Nova Scotia Sports Hall of Fame for Basketball after winning the Eastern Canadian Championship Cup which was retired the following year. He also played on the junior fastball team capturing the championship for Nova Scotia. Perley started his own carpentry business after graduating from Horton. He has built many buildings for local business and high end homes throughout the Annapolis Valley. He was proud of his work and gained respect from the employers he worked for. He enjoyed developing new adventures in his carpentry business. He was a hard worker and retirement was not apart of his life. The day of his passing he was building a home for an employer in Hants Border. Perley married Ann Pauline Rafuse in 1997 and had a son, Levi Howard Coldwell. He is also survived by sisters, Linda (Keith Davidson), Greenfield; Pauline Meldrum, Wolfville; LaVerne (Barry Walker), Wolfville and Mary Denise (companion Brian Bales) Didsbury, Alberta; twin brother, Perry, Gaspereau; nine nieces and nephews; fifteen grand nieces and grand nephews. He was predeceased by a brother-in-law, Robert Meldrum. Cremation has taken place and there will be no visitation or funeral service, at Perley’s request. Burial will be held at a later date. In lieu of flowers, donations in memory may be made to a charity of your choice. Arrangements have been entrusted to the White Family Funeral Home and Cremation Services, Kentville.