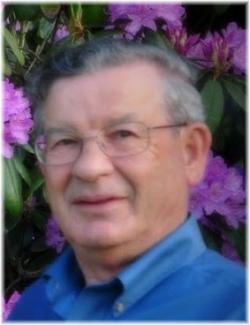 ** Please be advised that all services for Mr. Don Cyr are postponed until a later date to be announced, due to health concerns surrounding the Coronavirus pandemic.**

Don Cyr of North Alton, Nova Scotia passed away peacefully surrounded by his family in the Valley Regional Hospital, Kentville on Wednesday, March 4, 2020. Don was born December 27, 1937 in New Glasgow, Nova Scotia. He was the son of the late Albert and Dorothy Cyr. At a young age, his parents moved the family to Glace Bay, Nova Scotia where he attended Morrison High School and encountered the first of what would be many military experiences in his life when he joined the Morrison High School Cadets in Glace Bay. He then went on to join the 2nd Highlanders Reserve, B Company in Glace Bay before finally enlisting in the Canadian Forces with the Black Watch Regiment RHR in 1955. During his years with the Black Watch he served his country proudly in both Canada and Germany and also served in Canadian Peacekeeping duties abroad. He later joined the Royal Canadian Regiment, up until his retirement from the Canadian Forces in 1980. The military life didn’t stop there, he then went back to serve with the West Nova Scotia Regiment Reserves in Camp Aldershot for several more years and was also involved as a service officer with the Royal Canadian Legion in Kentville and served an active role with the Black Watch Association. A second career soon followed, which included several years working in security for both the BFM Hospital and the Valley Regional Hospital in Kentville. Don was one who loved to stay active all the time and participated in many things. He enjoyed being around people and would always find the time for a quick chat (sometimes longer) and could always be counted on unconditionally to help others no matter what the need. He enjoyed participating in sports, whether it was curling at the Glooscap Curling Club, golfing out at Eagle Crest Golf Course or cheering on his favourite hockey teams, the Montreal Canadiens and the Acadia Axemen. He enjoyed many years on the baseball diamond as well where he made many friends and was known to throw a player or two out of the game from time to time as an umpire. Family too, was a very important part of who he was and there wasn’t anything that Don wouldn’t do for his family as he took an active role in the lives of his children and grandchildren right to the very end. Don is survived by his wife of 61 years, the former Joan MacLeod; son, Allan (Karen) North Alton; daughter, Heather (Gary) Yarmouth; grandchildren, Adam, Amanda (Kurtis), Ashley, Skyler; brothers, Ed (Annie), Fred (Ann), Terry (Gayle), Gerald (Resa); sisters, Linda and Diane; numerous nephews and nieces. He was predeceased by his father, Albert; mother, Dorothy; brother, Al and sister, Lillian. Cremation has taken place and there will be no visitation at his request. Arrangements have been postponed until a later date to be announced. In lieu of flowers, donations may be made to the Salvation Army or a charity of choice. Arrangements have been entrusted to the White Family Funeral Home and Cremation Services, Kentville.