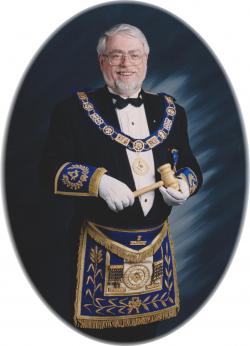 ** Please be advised that all services for Mr. Kenneth Pineo are postponed until a later date to be announced, due to health concerns surrounding the Coronavirus pandemic.**

Kenneth William Pineo - age 70, of New Minas, passed away on Saturday, March 7, 2020, in the Valley Regional Hospital, Kentville. Born in Kentville, he was the son of the late William MacDonald and Nellie "Blanche" Stuart and the adopted son of John and Edith Pineo. Ken was a teacher for five years before moving on to become Chief Clerk of the Provincial Court and Justice of the Peace and later becoming a District Court Administrator with the Nova Scotia Department of Justice, from where he retired. He belonged to 100 Good Men Who Give a Damn; was a member and Past Master of St. George’s Masonic Lodge, District Deputy Grand Master of Kings County; Honourary Junior Grand Warden of the Grand Lodge of Nova Scotia; a member of Rose Croix for Scottish Rite; a member of Valley of Halifax Annapolis Valley Scottish Rite Club; a member of Victoria Lodge of Perfection and a member of Conclave Order of Secret Monitor for Scottish Rite. He was also Governor of Nova Scotia for DeMolay; an advisor to Fundy Chapter, Windsor, NS; a member of DeMolay Atlantic and a member of DeMolay Canada where he was awarded the Cross of Honour and the Legion of Honour. He was a secretary for the Nova Scotia Association of Villages, a Deputy Commissioner for the Village of New Minas and a past member of the Wolfville Fire Department. Ken was also a ham radio operator and enjoyed geocaching, square and round dancing. He is survived by his wife of 31 years, Janet (Ethier); daughter, Stephanie Pineo-Green (Jason); sisters, Laura (Blair) Steele and Dorothy Lawson; nieces and nephews. Also, a special mention to Rikki and Will Jagger, who enriched Ken’s life. Besides his parents, he was predeceased by a brother, John "Jack" McDonald. Cremation has taken place and there will be no visitation, by request.  A combined Masonic and funeral service, followed by a reception, will take place at a later date in the White Family Funeral Home, Kentville. Burial will take place at a later date in the Willow Bank Cemetery, Wolfville. Family flowers only, by request. In lieu of flowers, donations in memory may be made to DeMolay Fundy Chapter Windsor or the New Minas Volunteer Fire Department. Funeral arrangements have been entrusted to the White Family Funeral Home and Cremation Services, Kentville.

Click here to View Condolences
Visitation
There will be no visitation, by request.
Burial Location
At a later date in the Willow Bank Cemetery, Wolfville, NS
Requested Charity
DeMolay Fundy Chapter Windsor or the New Minas Volunteer Fire Department