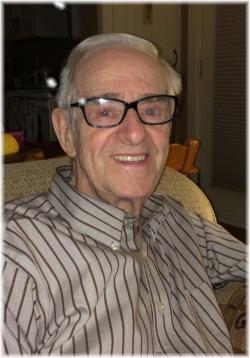 Robert was born on Big Tancook Island, NS on August 29, 1933 to the late Ernest and Hazel (Mason) Cross. He was raised and schooled on the Island, which remained his favourite place on earth. Fishing, playing hockey, singing, and later, playing golf were cherished activities. As a young man, Robert felt God calling him to the ministry. He attended Eastern Pentecostal Bible College and graduated in 1955. He began his ministry in Dalhousie, NB that same year. Throughout his ministry, Robert pastored in all three Maritime Provinces; he occasionally ventured off to Newfoundland, where he loved to preach. Throughout his entire lifetime, and even until his last days, Robert spoke to people he encountered about the Good News of the Gospel.

Robert was predeceased by his brother, Elmer Stuart Cross, and his sister, Doreen Edith Baker.

Ella and her children wish to thank the many people who visited, prayed for and supported Robert during his physical decline, as well as the VON caregivers, and many doctors, nurses and hospital staff of the Valley Regional Hospital and Soldiers Memorial Hospital for their kindness, compassion and professional care for Robert.

Donations in memory may be made to: