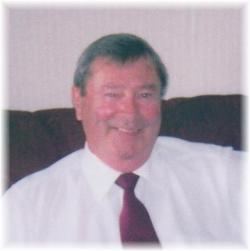 Dale St. Clair Hatchard – 78, Kentville, passed away on Saturday, April 4, 2020 in the Valley Regional Hospital, Kentville. Born in Wolfville, he was the youngest son of the late Clarke and Frances (MacKeen) Hatchard. Dale will be greatly missed by his friend and companion, Barb Hubbard; his daughter, Cindy (Rick); son, Mark (Kim); brother, Wayne (Heather) and nieces. He is also lovingly remembered by his very special cousins ("the Palmeter sisters") Andrea, Wanda, Sharon and Jeannie. Dale joined the Royal Canadian Airforce in January 1960 completing his basic training in St. Jean, Quebec, following which he was posted to Penhold, Alberta, Camp Borden, Ontario, and Almer, Ontario. Over his career, he had the opportunity to serve at summer Camp in Aldershot. He was also stationed in Shearwater as well as three different postings in Greenwood. Dale had two overseas postings the first being Germany for three years. Upon his return to Canada he was stationed at Gagetown, New Brunswick with the Royal Canadian Regiment (2 RCR). His second posting abroad was the Middle East, (Egypt) where he served as a Peacekeeper. He retired from Greenwood after 25 years of service. While stationed in Germany, Dale had the honour of being chosen to be part of the contingent to represent Canada at Vimy Ridge on Remembrance Day 1975. His trade was that of an Aircraft Refinishing Technician. Although Dale accomplished much in his military career, he was most proud of being able to provide his Mother with a special trip to visit him in Germany. It was a highlight in her life as she traveled with her son to the many sites of Germany, Holland, Switzerland and France. Dale was an avid golfer. He enjoyed playing darts and participated in the Legion's pool tournaments. He was an excellent cook, specializing in cooking the best lobster ever, as well as many other favorite recipes. He was a member of the Royal Canadian Legion, Kings Branch No. 6, Kentville for over 50 years and a member of the Canadian Association of Peacekeepers, William Hall, Greenwood Chapter. He was a long time, honorary member of the Kentville Traveler's Club.Cremation has taken place and there will be no visitation by request. A private graveside service will be held in Elm Grove Cemetery, Steam Mill, Kings County, Reverend Ivan Norton officiating. Donations in memory may be made to the Canadian Cancer Society. Funeral arrangements have been entrusted to the White Family Funeral Home and Cremation Services, Kentville. On-line condolences and inquiries may be directed to www.whitefamilyfuneralhome.com.