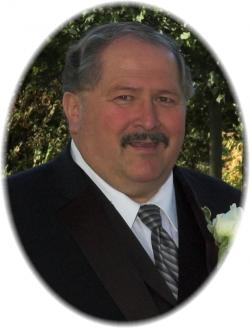 Robert Charles Nichols passed away at the Valley Regional Hospital on Wednesday, April 15, 2020. Born in Berwick on January 16, 1948 he was the son of Alice (Roberts) Nichols and the late Whitney Nichols of Aylesford. Robert began his working life as a carpenter followed by a series of side jobs as he started his renowned trade as a master locksmith in the early 1980’s. He successfully owned and operated Robert’s Lock Repair based from his home in Port Williams for many years. Robert could always be seen in the company of one of his trusted four-legged companions Benji, Chaz and Flower; his beloved dogs. Robert was always someone who showed tremendous pride and dedication in everything he did and was always there for anyone who needed a hand. Robert’s work was his passion in life only to be outshone by his dedication to his family. He enjoyed his family time camping and helping his children with their many endeavours until his family grew to include spending time with his grandchildren and listening to their stories. Robert will be forever known for enjoying an entertaining conversation, a good laugh, good food and travelling near and far. He will be missed by those who knew him through his trade, his community, his friends and family. In addition to his mother, Robert is survived by his wife Sandra; son, Scott (Erika) Nichols; daughter, Lisa (Jonathan) Tweedie and his five grandchildren, Helaina, Chase and Lauren Nichols and Rylan and Elsa Tweedie. He is also survived by his niece, Christie and nephews, Jeffrey and Jeremy and sister-in-law, Janet Nichols. He was predeceased by his brother, Roy. We express our sincere thanks to the VON for their services over many months, Doctor Mike Wadden and the staff at Valley Regional Hospital. Donations may be made in his memory to the VON Annapolis Valley Branch or feel free to help make someone’s day in his honor by paying it forward to someone in need. A private family committal will take place at St. John’s Anglican Church Cemetery, Port Williams at a later date. Funeral arrangements have been entrusted to the White Family Funeral Home and Cremation Services, Kentville.