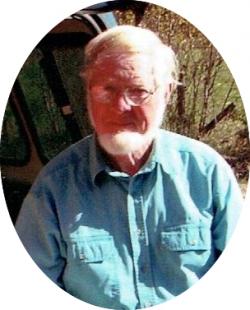 Robert Desmond "Robin" McCammon - age 87 of Black Rock, Nova Scotia, passed away on Sunday, April 19, 2020, at home with his wife and dogs by his side.  Born in Belfast, Northern Ireland, he was the son of the late Robert and Anne McCammon. Robin attended Queens University, Belfast, then Baliol College, Oxford, where he earned a D. Phil. in physics. He was invited to join the faculty at Penn State University, State College, PA where he taught physics and ran a low temperature research laboratory for 30 years before retiring in 1989. Some of Robin’s greatest passions were sporting pursuits. He was a dedicated fly fisherman, travelling to the Margaree River for salmon fishing every year since the 60’s and in the fall he spent all available time hunting upland game in the States and in Canada. He trained a succession of English Springer Spaniels to the gun. In 2001 he and his wife immigrated to Canada and built a home on the North Mountain on a farm that he devoted to training gun dogs with his friends in the two Springer Spaniel clubs in NS. He also was a very skilled woodworker and built fine furniture for his home. He is survived by his wife, Diana Flory McCammon and his stepson, Thomas Mattison McNeill in the USA. He has a sister, Maureen Armstrong, two nieces, Suzanne Carson and Clare Armstrong and three grand-nieces, all living in Northern Ireland and a brother, John McCammon, a niece, Siobhan Merrick-McCammon, a nephew, Charles McCammon and seven grand-nieces and nephews, all living in Australia. Cremation has taken place and there will be no visitation by request. There will be no memorial service at this time. Donations in his name may be sent to the Victorian Order of Nurses, Annapolis Valley Branch, 902-678-3415. Arrangements have been entrusted to the White Family Funeral Home and Cremation Services, Kentville. On-line condolences and inquiries may be directed to www.whitefamilyfuneralhome.com.