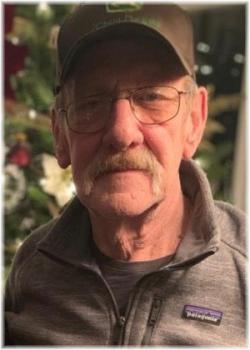 David Lloyd Hatcher, loving husband and father, passed away at his home in Port Williams on April 15, at the age of 71. Dave was predeceased by his parents, father, Alexander and mother, Lillian (Smith) Hatcher. He is survived by his wife, Claudine MacDonald, and four children, Jamie, Jenn (Ryan Morrow), David (Emily Hardman) and Jillian (William Hall). Also surviving are his sisters, Beverley Hardie (Bob) and Judy Bowdridge (Ray); brother, Richard Hatcher (Kathy) and many nieces and nephews. Dave, a recipient of the Police Exemplary Service Medal, was a police officer with the Halifax Police Department, retiring in 2000 after 30 years of service. We will miss his police stories (many of which we had memorized, filling in details if necessary) and his eagerness to reminisce on his days on the police force. Dave was sensible, steady, and empathetic – qualities which made him an excellent fit as an officer dedicated to keeping our communities safe for many years. Affectionately known by some as ‘Big Dave’, Dave is perhaps best remembered for his comedic timing and sense of humour. Always looking for an opportunity to crack a joke, Dave had a gift for making people laugh. Dave might also be best remembered by his kind heart. If you were in a grocery line and a burly looking man with a moustache, almost certainly wearing his John Deere ball cap and plaid jacket, paid for your groceries because you were short on cash, that very well might have been Dave. Not one to agree with someone for the sake of agreeing (other than with his wife), Dave could be outspoken and direct, sometimes to our chagrin – for that, too, was typical Dave. However, this quality made Dave an excellent giver of advice and a source of wisdom, as you could certainly count on him to be honest and straightforward. I would be remiss not to mention Dave’s love of animals, as our pets were a source of immense joy in his life. In fact, Dave could be considered a bit of an animal whisperer, given his special gift of connecting with every furry creature he encountered. He was predeceased by a long list of beloved cats and dogs – most recently his Yorkie mix Calvin – and is survived by his treasured cats, Brian and Holly. Dave’s family will be forever grateful to everyone who cared for him during his lengthy stay at the Victoria General Hospital. In particular, we would like to thank the nurses, palliative care teams and VON who enabled him to have his final wish – to be at home. Through their efforts, Dave was able to take great pleasure in watching his son David marry his fiancée Emily and to see his brother and sisters one last time. With the support of family and health care staff, Dave and his family were able to enjoy these precious moments while being mindful of physical distancing rules in these already difficult times. We will forever miss Dave’s expert storytelling, wonderful sense of humour, generous spirit, and in particular his bear hugs. Cremation has taken place and there will be no visitation by request. A celebration of Dave’s life will be held at a later date. Donations in memory may be made to Annapolis Valley VON – Palliative Care or to a charity of your choice. Funeral arrangements have been entrusted to the White Family Funeral Home and Cremation Services, Kentville.

Click here to View Condolences
Service Location
A Celebration of Life will be held at a later date
Visitation
There will be no visitation, by request
Requested Charity
Annapolis Valley VON – Palliative Care or to a charity of your choice