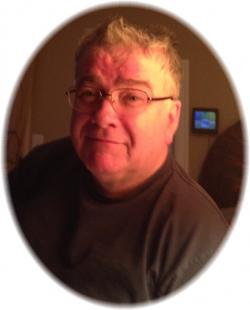 Colin Ross MacKenzie - 67 of Port Williams, passed away suddenly on Sunday, May 10, 2020 at the Valley Regional Hospital in Kentville under the care of the wonderful staff of Medical B and the Emergency Department. The family would like to extend a special thanks to his nurses, Lisa and Lori of Medical B, Doctor Morgan and the rest of the attentive staff. Colin’s one and only Jocelyn was by his side, as she was always, while he passed. Born in Wolfville, N.S. on October 11th, 1952 at the Eastern Kings Memorial Hospital to the late Ross and Gertrude MacKenzie of Port Williams. Colin is survived by his loving wife, Jocelyn (McKinnon); son, Christopher (Melissa Piggot); daughter, Marcie Gee (David); grandson, Vance Gee; along with several nieces and nephews. Colin was also excited to be expecting a second grandson (Marcie and David) later this year. Colin was a Queen Scout and served as a Leader for many ages of youth involved in Scouts Canada. He was a member of the Port Williams Volunteer Fire Department for over 30 years where he served as a Firefighter, Captain and most recently as a Veteran member. Colin was a past member of the neighbourhood watch and current member of the Port Williams Lions Club. He was an avid photographer and an involved member of his community that could always be seen with his camera in hand. As a well respected and loved bus driver for over 20 years, Colin can be remembered as the smiling bus driver, greeting children every morning, giving candy out on Halloween and candy canes just before Christmas to the children on his route. He was the friendly snow plow driver that came to the rescue after large storms. Colin loved his work with the New Minas RCMP where he was a Jail Guard and most recently with the Canadian Corps of Commissionaires assuming the same role. He will be missed dearly by his police family and fellow guards. As a loving husband, father, teacher and friend. Colin will be remembered as a friendly face in the community, a bus driver, a firefighter, a teacher, a leader and a role model. Donations can be made to the Heart and Stroke Foundation of Canada or charity of your choice. A celebration of life will be held at a later date. Arrangements have been entrusted to the White Family Funeral Home and Cremation Services, Kentville. On-line condolences and inquiries may be directed to www.whitefamilyfuneralhome.com.