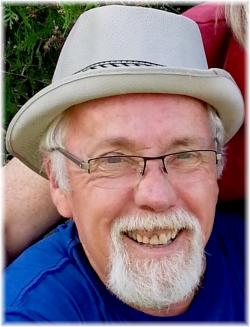 We are deeply saddened to announce the passing of Lewis William MacDonald of Chipman Brook, NS, at age 63. Lewis, known to many as "Lou", passed peacefully at home on Monday, May 18th, in the company of his family. Lewis was an exceptional man who was loved and respected by many. His life was punctuated by tragedy but also gifted with beauty and grace. As a farm boy raised in Hall’s Harbour, Lewis’s life was forever changed at age 13 when he narrowly survived a car accident that claimed the lives of his aunt and mother. Lewis then survived meningitis-B, a precursor to the exceptional strength and resolve he demonstrated during the rest of his life. Following vocational school, Lewis fell for the love of his life, Cynthia ("Cindy"), with whom he shared 43 wonderful years, four homes, two sons, two grandchildren, countless adventures, and many charismatic pets. He was a man of few words, but many thoughts, and his creativity and originality were infectious. He was patient and kind. Lewis’s loyalty, incredible work ethic, and determination are qualities that all will remember. He shared these qualities with many throughout diverse careers, including running a silviculture business, managing the Hall’s Harbour Lobster Pound, and most recently driving for Kings Transit. Lewis, nicknamed "Thor of the Mountain" later in life, was tightly connected to the land. He was always happiest in the woods and harvested his woodlot until he was unable to drive his beloved tractor or sling a chainsaw. He fiercely loved his family, making many sacrifices for their happiness and well-being. He was a loving husband, father, brother, son, "Grampy", uncle, brother-in-law, cousin, and friend. He told the best bedtime stories and could spin a yarn with the best of them. Lewis was very proud of his sons’ achievements in life, which he quietly nurtured in countless ways through the spirit and character he bestowed in them. His beloved grandchildren will surely enjoy the same quiet gifts through their precious memories of him. Lewis is survived by his loving wife, Cynthia (née Brewster); sons, Alexander (Jennifer) of Dartmouth and Graham of Montreal, QC; grandchildren Kiera and Ethan of Dartmouth; sisters, Grace (Bob) of Hall’s Harbour and Linda (Garry) of Kentville; brother, Bryant (Sherry) of Kentville; aunt Jean of New Minas; and many special nieces and nephews. He also leaves behind many dear friends who showed their love and support both in sickness and in health. Lewis is predeceased by his father William (2004), mother Ruby (1970; née Melvin), and ‘stepmother’ Freda Fraser (2008). A memorial service to honour and celebrate Lewis’s life will be held at a later date to be announced at White Family Funeral Home (www.whitefamilyfuneralhome.com), where condolences may be sent. Donations can be made to the Kings County Shelter of the Nova Scotia SPCA (www.novascotiaspca.ca/how-you-can-help/donate-now) or the Nova Scotia Woodlot Owners & Operators Association (www.nswooa.ca/join-us.html). The family wishes to thank the many doctors, specialists, nurses, caregivers, and friends, including his dog, Riley, who have stood in Lewis’s corner.

Click here to View Condolences
Service Location
At a later date, to be announced
Visitation
There will be no visitation, by request.
Requested Charity
SPCA - Kings County or the Nova Scotia Woodlot Owners & Operators Association