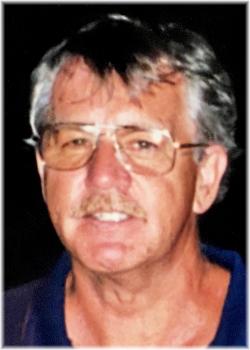 On June 20th, David Stanley Johnston departed this world in search of greener pastures after a lengthy battle with Parkinson’s Disease. Born on his sister’s 13th birthday, Dec 10, 1944 in Sydney Mines, he was the eighth child of the late Nettie (Roper) and Edison Johnston. Better known as Dave, Ugler, DJ, Dad, Poppy, and to his adoring daughter—the coolest man in Canada.

Survived by his wife of 48 years, Elizabeth, their children Mark (Ann Swain), and Jennifer (Ken Rent). Though he had only two children, through a series of misadventures Dave was Poppy to 10 grandchildren, with an 11th on the way. He will be dearly missed by Luke, Ewan, Oliver, Will, Liam, Chloe and Heath Johnston, and Ellie, Heidi, Alec and baby Rent. Also survived by brothers Ken "Flinter" (Janet), and Murray "Turtle;" innumerable cousins, nieces and nephews, great-nieces and nephews, and even great-great-nieces and nephews. Cape Breton fecundity knows no bounds. Predeceased by his parents; brothers Byron "Babby" (Connie), Reid "Wigler," Eldon "Jersey Nut" (Rose), Jack "Bowser," and Ronnie "Ace" (Carol); sister Audrey "Audie" (James).

Dave grew up in a crowded household, three or four boys to a bed. For most of his childhood, he awoke with feet in his face. Adventures abounded in Sydney Mines, many not judged safe by modern standards. The family was poor, but articulate, witty and fun-loving. There are legends about the eight foolish Johnston boys of Beech Street. And outstanding warrants. Most siblings fight as kids, unfortunately there are many siblings who continue to fight as adults. Dad always got along famously with his brothers and sister. They seemed to count amongst his best friends; he never once spoke poorly of any of them. Not even Murray.

Dave attended Teacher’s College in 1962, and subsequently taught at Thompson High, as well as Preston. Later he returned to higher education, enjoying all Acadia had to offer from 1965-1968. Dave understood the delicate balance between academics and social pursuits. Fortunately for both he and his children, at Acadia Dad met his future bride, Elizabeth (Betty) MacLeod.

Dave and Betty married in 1972, had a baby in 1973, and briefly lived in Vancouver from 1973-1975 for Betty’s return to school. Dad had several vocations during this period, but his longest employment was as cherished caregiver to his toddler son, Mark. Late-morning awakenings and trips to the Waffle House were standard fare for the dynamic duo. The young family returned to Nova Scotia in 1975, and set up shop in New Minas. In 1983, baby Jennifer arrived, with a welcome shake-up to the status quo. Dave and Betty remained New Minas residents until 2002, when they pulled up stakes and moved all the way to Port Williams. Dave lived in the Port until this year when he broke his hip, necessitating a move to Grandview Manor in March.

Dad was a popular English teacher at Horton High for many years (known as DJ in the staff room). He had a deep understanding and love of the language itself, which he shared with his mother, an English teacher before him. Despite his savvy in this arena, he employed many slang phrases, only some of which are publishable. Of particular note were the terms which apparently were specific to Cape Breton, unbeknownst to his children until later years. This caused confusion when his kids spoke to fellow mainlanders and tried to employ phrases such as "Take a Twister," "Nutsy Squirrel," and "Beautiful Creature."

Dave was an early adopter of video technology. Before households commonly owned VCRs, he would frequently borrow one of two VCRs from the Teacher’s Resource Centre on weekends. Occasionally Dave would see an interesting movie on TV, usually partway through the broadcast, and record what remained for his kids. This resulted in the second half of many movies being watched over and over again in the house. The author remembers as an older teen being quite surprised to realize Dorothy starts her story in Kansas, and in black and white no less. For a time, a visit to the house required viewing a recording of the sketch "Mr. Creosote" from Monty Python’s "The Meaning of Life." No matter if the visitor was bemused or bewildered, Dave laughed every time.

Throughout most of his life, Dave pursued athletic endeavours, usually with great success. As a kid he played baseball in the neighbourhood, he was the captain of his high school basketball team and later coached baseball for Horton High. For decades he played floor hockey after hours in the Horton gym. Later on he discovered golf, Ken-Wo serendipitously located across the street from his house. It was rumoured that on occasion he would shoot balls from his front lawn to the No.11 green. Timing is everything. He also loved playing a multitude of sports with his daughter. Even as Parkinson’s set in, he could still beat her at tennis.

Dad was not the guy you went to for home repairs (though he loved screwdrivers), nor was he typically the guy you went to for deep advice (though he knew the importance of not being the slowest runner in the group). He was however, fundamentally and absolutely, the guy you went to if you needed cheering up. Friends and strangers alike would crowd near to hear his stories. He was the ultimate entertainer and the life of any party he attended. Indeed, the party seemed to follow him around. If he was put on this Earth to fulfill a role, it was to make people laugh. He had a rare gift.

Dad was an early advocate for MAID. Years ago, he suggested if he became terminally ill his family should "Send me down the river with a stick of dynamite up my ar** and light it." This proved impractical. He absolutely despised falling ill with Parkinson’s Disease; there was no silver lining. It robbed him of his physical prowess first and his intellectual prowess later, though he remained a comedian to the end. But worst of all, Parkinson’s robbed him of the most precious resource, time. Like a thief in the night, Parkinson’s stole time with Betty, time with his kids, and time with his grandkids. He loved his grandchildren fiercely, and proudly wore the most garish sweatshirts with their pictures emblazoned upon them. Though he hated having Parkinson’s, he would have gladly lived another 20 years to see his grandchildren grow up. He had so looked forward to spending more time with his grandkids. All stolen. If Parkinson’s were a person, he would be the lowest of cowards.

He loved movies, especially ones that started after midnight.
He hitchhiked across this great land at least twice, and somehow became a cab driver in Whitehorse, a town in which he had just arrived.
He sold accordion lessons in Vancouver, despite an inability to play the instrument. Only the dogs remained unfooled.
He could spend an hour searching for the perfect word or turn of phrase while writing. But his best lines were off the cuff. With a splash of Vodka.
For a time he wanted to be a lawyer, and returned to teaching as a backup vocation. But as an educator he touched and improved more lives than he ever could have as a barrister.
He stood nearly six-two, but was afraid of heights.
"We had a few laughs."
His family meant everything to him.
He was greatly loved and will be deeply missed.

And so, all good things must come to an end. The baton has been passed; you helped build a champion team. Time to let you go, Da.

The family gives sincere thanks to the VON, Grandview Manor, and Drs. Targett and Burton for their care of Dave.

We have decided to not have a memorial service. Rather we will have two! One in Cape Breton, the other in the Valley. Due to Covid, we will delay both and let family and friends know once plans are finalized.

Click here to View Condolences
Service Location
We have decided to not have a memorial service. Rather we will have two! One in Cape Breton, the oth