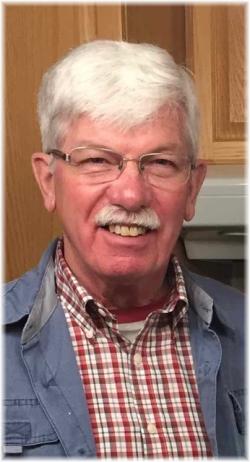 Carl Leonard Rideout – 78, of Centreville, NS, formerly of Corner Brook, NFLD, passed away at his residence on Saturday, July 18, 2020 after a brief, courageous battle with gastric cancer. Beloved husband of Kay (Reader) for 59 years. Loving father of Christine and Richard Cote, Donald and Vicky Rideout, Steven and Sonia Rideout, Renee and Sean Watters, Jennifer Boyce and John Schofield. Proud "Poppy" of Samuel, Sarah, Courtney, DJ, Kaylee and Isabelle and "Grand-Poppy" of Zoey. He leaves behind his sister, Marjorie (Garry) Martin; sisters-in-law, Sandra (Melvyn) Bartlett and Gail Reader; brother-in-law, Howard (Linda) Reader; and many nieces and nephews. He was predeceased by his parents Freeman and Kate (Rogers) Rideout. For many years, Carl was a real estate agent at Thornes Real Estate, and later, a representative at Sunlife. After retirement, Carl and Kay moved to Centreville, NS where he enjoyed working at Canadian Tire. He loved spending time with his family and friends. He was always there for a talk, some advice, a joke or a good story. He taught his children how to be good people not just with words but by example. He was kind and fair to everyone. He was smart, humble and funny. He enjoyed singing at local nursing homes with his brother-in-law, Melvyn. There are not enough words for his family to express their love and admiration for him. Cremation has taken place. In keeping with Carl’s wishes, there will be no visitation or funeral service. Donations in his memory may be made to the Canadian Red Cross, QEII Hospital (Halifax) or Victorian Order of Nurses - Annapolis Valley. Funeral arrangements have been entrusted to the White Family Funeral Home and Cremation Services, Kentville.