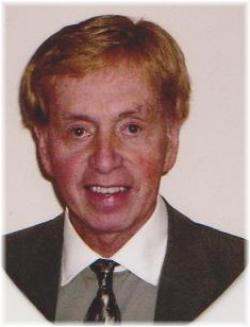 With sadness we announce the passing of Jack Mayfield, Kentville, at home on July 25, 2020. Jack was born in Cincinnati, Ohio to John Maifeld and Eileen (Dillon) Maifeld. His family lived in New York City before moving to Massachusetts where he lived until moving to Nova Scotia. Jack went to school in Lynn, MA and then went to Northeastern University where he received a degree in mechanical engineering. Jack worked with several companies throughout the years, including the Dynatech Corporation, North American Phillips and Mobil Solar Energy using his engineering skills to develop new innovations with the companies. In 1988, Jack retired from engineering and started his own tour company, Jack Mayfield Tours, giving day long tours of Boston in a fifteen-passenger sightseeing van. His passion was to do tours that placed an emphasis on Boston history and culture and were very popular. He loved meeting his "tour people" that included well known movie stars and politicians as well as tourists from all over the world. Jack, and his wife Corrine, were married in Beverly, Massachusetts, and they continued their across-the-border marriage for several years until Jack retired from his touring business and moved to Nova Scotia as a permanent resident. Jack loved music, was especially fond of old movies, and liked to collect writing instruments. He received great enjoyment from making things and would spend hours creating new ideas that he would work on to develop. Jack was predeceased by his parents and by his sister, Marlene. Those who are left to lovingly remember him are his wife, Corrine Langley Mayfield, Kentville; son, Scott Maifeld, Bronx, New York; stepchildren, Jeff Simpson, London, UK; Staff Sargent David Simpson, Yarmouth, NS; Vicky Simpson, Fredericton, NB; Matthew Simpson, New Westminster, BC; and Kristy Simpson, Kentville, NS. Jack is also missed by Daisy, his fur friend. Corrine wishes to thank the VON caregivers, the palliative care team and the many doctors and nurses for their kindness, compassion and professional care for Jack in his declining health. Special thanks to our family friend, Sandra Weir, for her support and assistance. A private graveside service will be held at a later date. Donations in memory of Jack Mayfield may be made to the Canadian Cancer Society. Funeral arrangements have been entrusted to the White Family Funeral Home and Cremation Services, Kentville

Click here to View Condolences
Service Location
Private Graveside Service at a Later Date
Visitation
There will be no visitation, by request.
Burial Date
At a later date
Requested Charity
Canadian Cancer Society