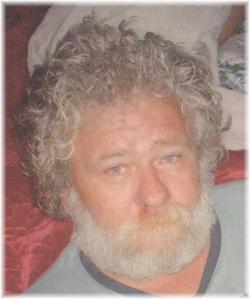 Peter James Steadman, 58, of Kentville, passed away on July 27, 2020 at his residence with his loving wife Susan (Jess) Steadman, by his side. Born in Berwick, he was a son of the late Ronald and Shirley (Guy) Steadman. Peter had various jobs throughout his working career, but farming was his most enjoyed job prior to retirement. He was an avid outdoorsman and loved going fishing. His other passions included spending time with his family and the WWE. In addition to his wife Susan, Peter is survived by his son, Peter Eugene (Vicki) Steadman, of Middleton; step-son, Joseph Jess, of Alberta; brothers, Ronald (Joanne), of Kentville and Wayne (Wanda), of Waterville; sisters-in-law, Reta (Stanley) Watton of Greenwood and Kim (Charles) Welton, of Berwick; aunt, Shirley Perry, of Waterville; grandchildren, Bartholomew and Tyisha, who were his pride and joy; and the mother of his son, Jeanette. He was predeceased by his parents, his sister Mariam and his aunt Cora. In keeping with Peter’s wishes, there will be no visitation. A private memorial service will be held at a later date.  Donations in memory may be made to the Annapolis Valley Palliative Care Program, VON-Annapolis Valley, Kidney Foundation of Canada (NS) or Diabetes Canada (NS). Funeral arrangements have been entrusted to the White Family Funeral Home and Cremation Services, Kentville.

Click here to View Condolences
Service Location
A private memorial service will be held at a later date.
Visitation
There will be no visitation, by request.
Requested Charity
Palliative Care Program, Annapolis Valley VON, Kidney Foundation or Diabetes Canada