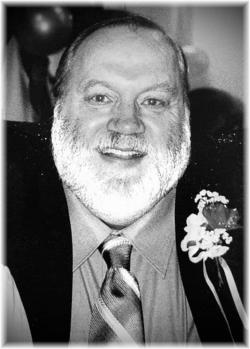 Michael Robert Bishop, 68, of Berwick, died suddenly on Wednesday, September 2, 2020. Born in Toronto, On, he was the son of the late Boyd and Donna (Miller) Bishop. Michael will be sadly missed by his wife of 48 years, Thelma (Mapplebeck); son, Scott (Joanne); daughter Triena; four beautiful grandchildren, Kira, Emily, Brayden and Sophia; sister, Cindy (Chris) Blanchette; sisters-in-law, Geneva Munroe, Nellie (Ed) Schofield; brother-in-law Peter (Shirley) Mapplebeck; as well as many nieces and nephews. Michael hitchhiked to the West Coast at the age of 16. At the age of 18 he joined the Navy as a Navy Radio Operator. Upon returning to Nova Scotia, he started work on the Gypsum boats, and went onto working for Hostess Foods for 15 years. Michael then attended school in Yarmouth to become a Quality Manager; upon completion he gained employment with the Halifax Navy Dock Yards for 13 years, and then continued with ROPAC in Spring Hill. He was a very quiet man with a keen sense of humour and a passion for football and archery. He went to the World Archery Championship Games in West Virginia, where he broke many records.  Aside from his family, his biggest love was his motorbike, and a close second was his collection of dragons. In keeping with Michael’s wishes there will be no visitation or funeral service; however, there will be a Celebration of Life held at his and Thelma’s home on Saturday, September 12th from 1-4 pm, 41 Beattie Drive, Berwick, NS. Funeral arrangements have been entrusted to White Family Funeral Home and Cremation Services, Kentville.