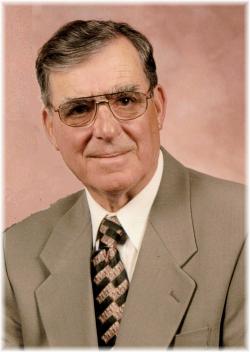 Sadly, today, October 5, 2020, we announce the death of Dr. Thomas "Tom" William Shaw.  He is survived by his wife of 60 years, Helen (Frier); his five children, Karen (Allan Rombaut), Andrew, Doug (Denise Young), Dawn (Bret Miner) and Stephen (Katherine Rand); and his nine grandchildren, Josh, Ben and Christina Rombaut, Cameron Shaw, Claire, Genna and Ewan Miner, Tommy and Jack Shaw. In Scotland Tom leaves his twin sister Anne and his brother David, David’s wife Jeanette and their family. Tom was predeceased by his parents, David and Mary and his sister Margaret. Tom was born in Liverpool, England on September 30th, 1932 growing up just around the corner from Penny Lane made famous by the Beatles. Tom earned a scholarship to Oxford University (St Peter’s Hall) where he enrolled in English with the intent of going into the Church. However, his ambitions changed, and he decided to go into medicine. This was a big move as Tom had not studied the sciences in school, but with perseverance and fortitude, he qualified as a doctor in 1959. Tom met Helen at a "Nurses Hop" in Northern Ireland and they were married in 1960. In 1964 they moved to Goose Bay, Labrador where Tom worked for the Grenfell Mission before moving to Deer Lake, NFLD where he worked as a Family Doctor for seven years. In 1971, at the age of 40, Tom and the family moved to Toronto so he could specialize in Ophthalmology. In 1976 the family relocated to Wolfville as Tom became the Valley’s eye specialist working from his office in Kentville. In 1981 Tom and Helen became Canadian citizens and Tom, driven by his desire to give back, was part of a small group that further developed soccer and soccer fields in the Annapolis Valley. His lifelong love of soccer and Liverpool FC was always at the forefront and he was a constant fixture on the soccer fields coaching all his kids' teams and always willing to give his time whenever it was needed. In 1985, Tom, along with Rod McBeath and Hazen Trueman saw a need for a British style pub in the Kentville area. They bought the Advertiser Building turning it into The Kings Arms Pub with its picturesque patio and stately brick fireplace. Tom was always proud of the sense of community "The Pub" brought to the town and how it positively impacted so many lives as a place of employment for some and a gathering spot for others. Tom’s faith was always a significant part of his life as he was a long-time member of St. John’s Anglican Church in Wolfville. His faith in God was often tested on the fairways of Ken-Wo Golf Club where he was a passionate member and played well into his 80’s. Tom’s life will be celebrated at St. John’s Anglican Church on Main Street in Wolfville on Saturday, October 10th at 11:00 a.m.  Due to COVID and limited seating please confirm attendance by emailing [email protected] by noon on Friday, Oct. 9th. We hope to have room for everyone that wishes to attend. For those unable to attend a virtual link will be available at a later date. In lieu of flowers the family would appreciate donations to The Valley Hospice. The family would like to extend their deepest gratitude to the staff of Evergreen Home for Special Care for the love and support they provided Tom over the past 13 months. Our words cannot express the depth of our gratitude. Funeral arrangements have been entrusted to the White Family Funeral Home and Cremation Services, Kentville.