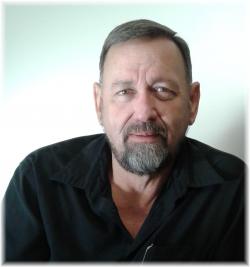 Michael Raymond Doyle, 63, of Greenfield, passed away on October 7, 2020 in the QEII Health Sciences Centre – Infirmary Site, Halifax. Born in Wolfville, he was the son of Elaine (Keddy) of Edmonton and the late Raymond Doyle. Prior to retirement, Michael worked for Leon’s Furniture for over 30 years. He was a kind man, loved by everyone who knew him. He would lend a helping hand to anyone in need. In addition to his mother Elaine, he is survived by his wife of 42 years, Juanita (Smith); daughter, Amanda Doyle (Arrian); brother, John; sisters, Carol Ann and Susan; grandchildren, Ani, Annaya and Azzy; nephews, Raymond and Joshua and niece, Hailey. He was predeceased by his father Raymond, stepfather, Lawrence Keddy and brothers Charles and Joseph. Cremation has taken place. A Celebration of Michael’s Life will be held at a later date. Donations in memory may be made to a charity of one’s choice. Funeral arrangements have been entrusted to the White Family Funeral Home and Cremation Services, Kentville.

Click here to View Condolences
Service Location
A Celebration of Michael's Life will be held at a later date
Visitation
There will be no visitation, by request.
Requested Charity
Charity of your choice