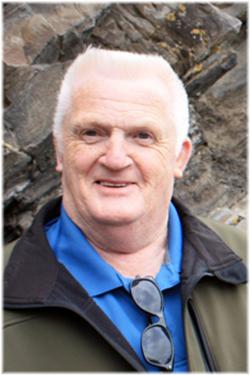 Ronald "Gerald" Sears – age 79, of Wolfville Ridge, passed away at the Valley Regional Hospital, Kentville, on Saturday, October 10, 2020. Born in Springhill, he was the son of Mae and Ronald Sears. In 1959, he came to the Annapolis Valley where he found work and met his future wife, Julia, of 58 years. Gerald always had a passion for baking and launched his career in 1960 at Acadia University and Digby Pines Hotel as a pastry chef before moving on to running the bakery at the IGA grocery store in New Minas. In 1975, he made the steps to independent business ownership, launching Minas Pastries at the County Fair Mall in New Minas which he expanded over time to include several locations throughout the Valley. He continued his work in later years by operating a home-based bakery with family help included. Gerald spent a lifetime doing what he loved – baking and talking to his loyal customers. He always joked that he was in the wrong line of dough, but he wouldn’t have done it any differently. He loved telling stories and talking to his customers. Anyone dropping in had better be prepared to stay for a chat, it was like the local barber shop when Gerald was there. He was never one to quit or give up easily and was quick to tell everyone how many years he had been baking. He was a master at his craft and enjoyed his customers, which he called friends. Gerald was involved with the Heart and Stroke Foundation, supported minor hockey and donated to wildlife and animal charities which he was very fond of. Gerald is survived by his wife, Julia (Durling) Sears; children, Mary (Brad) Porter, Oakville, Ont. and Ron (Angela) Sears, Grand Prairie, Alta.; grandchildren, Cole Sears, Grand Prairie, Alta. and Jade Sears, Aurora, Ont.; brother, Gary Sears, Springhill; sisters, Heather (Allan) Smith, Hamilton, Ont. and Faith (Joseph) Boutilier, Dartmouth; many cousins, nieces and nephews. Besides his parents, he was predeceased by a brother, Ronnie Ernst. He will live on forever in our hearts and memories for his quick wit and as a husband, father, grandfather and brother. For his family and any who enjoyed his baking, he will live on around our waistlines. Cremation has taken place and there will be no visitation or funeral service, by request. A private family ceremony will take place at a later date. Donations in memory may be made to Hope for Wildlife (www.hopeforwildlife.net), Nova Scotia SPCA (www.novascotiaspca.ca), Heart and Stroke Foundation (www.hearandstroke.ca) or a charity of your choice. Arrangements have been entrusted to the White Family Funeral Home and Cremation Services, Kentville.

>Click here to View Condolences
Service Location
A private family ceremony will take place at a later date
Visitation
There will be no visitation or funeral service, by request
Requested Charity
Hope for Wildlife, Nova Scotia SPCA, Heart and Stroke Foundation or a charity of your choice