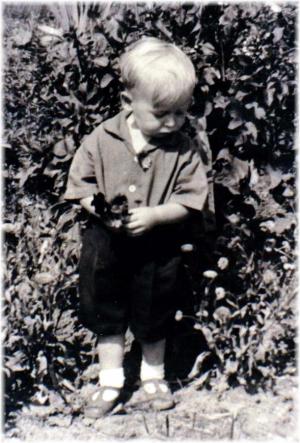 Eugene LaRoy "Roy" DeAdder, age 88, of Kentville, passed away with his daughters by his side in Valley Hospice, Kentville on October 12, 2020. Born in South Alton, he was the eldest son of the late Basil and Bernice (Varner) DeAdder. Even though he was the oldest brother, he eventually became the "littlest" brother of a family of nine siblings. Describing himself as a jack-of-all-trades, he was a hard worker his entire life, spending most of his career with the Department of Highways. Being from a musical family, he learned to play the guitar and fiddle by ear and spent many hours playing along with his brothers and sisters. Later in life, he joined the Kings Fiddlers and was recently presented with a lifetime membership. At the encouragement of his family, he produced a cd of his own original music to leave as a lasting legacy. Roy is survived by his  daughters, Debbie (Gerald) Vermeulen, Dawna DeAdder (Fenn Pretty) and Karen Diane DeAdder (Glenn MacLeod); grandchildren, Laura (Saami) Siddiqui, Kristina Vermeulen (Adam Cruickshank) and Elise Vermeulen; great grandchildren, Zafar and Maryam Siddiqui; siblings, Joyce Aalders (Eugene, dec), Stanley DeAdder (Carol), Harold DeAdder and Patsy Pynch (Dana), as well as several brothers and sisters in law, nieces and nephews. In addition to his parents, he was predeceased by his beloved wife of 63 years, Loretta (Butler) DeAdder; and siblings, Marjorie Welton (Donald), Doris Wanamaker (Mike), Ronald DeAdder (Diana) and Sandra DeAdder. Cremation has taken place. There will be no visitation by request. A private funeral service will be held in the White Family Funeral Home Chapel. A video webcast of the service will be available at 5:00 p.m. on Saturday, October 17, 2020. Donations in memory may be made to Valley Hospice or the Canadian Cancer Society. Arrangements have been entrusted to the White Family Funeral Home and Cremation Services, Kentville. For on-line condolences, inquiries and to view the service please visit www.whitefamilyfuneralhome.com.

>Click here to View Condolences
Service Date
Saturday, October 17, 2020
Service Location
A video webcast of the service will be available at 5:00 p.m. by visiting www.whitefamilyfuneralhome
Visitation
There will be no visitation, by Request
Burial Location
Elm Grove Cemetery, Steam Mill, NS
Requested Charity
Valley Hospice or the Canadian Cancer Society