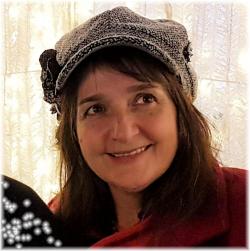 E. Christina "Chrissie" Best - age 60, of Melanson, Nova Scotia, passed away peacefully in her home on Friday, October 16, 2020. Born and raised in Upper Caverhill, New Brunswick, she was the beloved daughter of Ruby Hiltz and the late E. Frank Hiltz.

After moving to Nova Scotia upon her marriage to Willis, her husband of 43 years, Chrissie raised her family in Melanson, working for Hostess Frito-lay until her retirement in 2015. Chrissie loved people, spending time with them and learning their stories. She was like sunshine in the lives of those who knew her, lighting up the world for everyone around her. She always found the bright side and was ever willing to believe the best of others. She will be remembered for her warmth, kindness, selflessness, and her sweet gentle manner. Even in her final days, Chrissie only wished she could do more for others. Above all, she loved and cherished her family.

In addition to her father Frank Hiltz, Chrissie was predeceased by her two sisters, Jean Rogers and Ruth Zimmer; two brothers-in-law, Gordon Best and Wendell Pineo; and parents-in-law Arthur and Mabel Best.

Heartfelt thanks to Chrissie's Palliative Care Team led by Paulette, attending paramedics, Donna and Isaac, and all the wonderful people who provided such compassionate care during a difficult time.

In keeping with Chrissie’s wishes, cremation has taken place and there will be no visitation or funeral service. A private gathering for celebration of Chrissie's life will be held by invitation only due to COVID-19 restrictions. Interment will be in Upper Caverhill Cemetery, NB. Albert Clark will lead the service. For those who wish to make a donation in memory of Chrissie, donations may be made to Cystic Fibrosis Canada at www.cysticfibrosis.ca by clicking on "Give In Honour". Arrangements have been entrusted to White Family Funeral Home and Cremation Services, Kentville, NS.

Click here to View Condolences
Service Location
A private gathering for celebration of Chrissie's life will be held by invitation only due to COVID-
Visitation
There will be no visitation, by request.
Burial Location
Interment will be held in Upper Caverhill Cemetery, Upper Caverhill, NB
Requested Charity
Cystic Fibrosis Canada