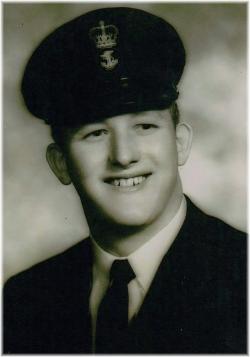 It is with sadness and regret that we announce the passing of Paul Warner Fox, age 69, on October 21, 2020 in Mountain Lea Lodge, Bridgetown. Paul was born in Kentville, the youngest son of Charlie and Joan Fox, and remained a resident of the Annapolis Valley most of his life. As a young boy he enjoyed sports and relished his opportunity to play in the Quebec Carnival Pee Wee hockey tournament, among other accomplishments. Following a brief stint in the Canadian Navy he was employed in various vocations, including gardening, maintenance, and construction. Paul’s work experience was limited by an adult long affliction with schizophrenia, and for the past ten years has been partially paralyzed due to a viral infection in his lower spine. Despite Paul’s health issues, he retained his ever present smile and a positive attitude which refused to permit the presence of despair or defeat.  He has been consistently buoyed by a strong faith in his Lord and has been an inspiration to the numerous family and friends who were privileged to know him. Paul was predeceased by his parents and his wife, Diane, whom he was married to for twenty-two years. He is survived by brothers, Russell, Halifax and Charlie (Jessie), Bayhead, NS; nieces, Leah Fox and Stephanie (Greg Lummis), both of Halifax; nephews, Jim Fox and Stephen Fox, both of Bayhead. There will be no visitation, by request. A graveside service will be held at 1:00 p.m. on Friday, October 30, 2020 in the St. John’s Anglican Church Cemetery, 1109 Church Street, Port Williams. Special thanks to the staff at Mountain Lea Lodge for the wonderful care and support to Paul over the years. Funeral arrangements have been entrusted to the White Family Funeral Home and Cremation Services, Kentville. On-line condolences and inquiries may be directed to www.whitefamilyfuneralhome.com.