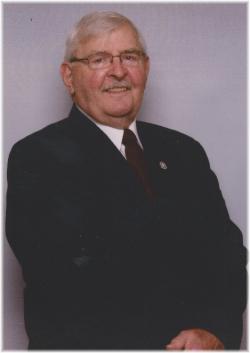 Edgar Charles Doull – age 82, of Centreville, passed away on Sunday, November 8, 2020 in the Valley Regional Hospital, Kentville following a severe heart attack. Born on March 5, 1938 in Sackville, NS to the late Richard Doull and Molly (Waye) (Doull) Fenerty. He is survived by his wife of 38 years, Lois, Centreville; son, David Doull, Musquodoboit; step children, Gerald Coxhead (Cindy), Sundre, Alberta; Darren Coxhead (Wendy), Kentville; Susan Payne (Dan), Australia; Lynn Coxhead, Truro; eight grandchildren; four great grandchildren; brother, Richard Doull and sister, Ida Lively (Lloyd), both of Sackville.  He was predeceased by his son, Blair; sisters, Elizabeth Lively; stepsister, Margaret Fenerty; stepbrother Reginald (Cleona) Fenerty; stepfather, Clark Fenerty and his former wife, Carol. Edgar served in the Canadian Armed Forces in 1956. He was initiated into the International Union of Operating Engineers Local 721 on August 16, 1967. He served as Financial Secretary of the Local from 1968 to 1971. In 1972 he became Business Manager and held that position until 1980. Edgar also served as President of Local 721 from 1971 to 1980. The General President appointed Edgar to the Region XI Canada International Staff in 1980. At the time Edgar had been working as a Special Representative for the International assisting Local 904 in Newfoundland. Edgar continued in the position of Field Representative for the International working primarily in Atlantic Canada but assisting Locals across the country. In December of 1994 General President Frank Hanley appointed Edgar to the position of Canadian Director for Region XI, a position he held until his retirement on February 6, 2004. During these years, Edgar also served on various committees. He chaired the Negotiating Committee for the National Pipeline contract. He served as Co-Chair of the Canadian Operating Engineers Joint Apprenticeship Training Committee. He was appointed President of the Northern Pipeline Projects and Canadian Board Member of the International Foundation. He sat as Treasurer and Vice President of the Canadian Federation of Labour, He also served as Vice President of the IUOE Canadian Conference and a Director on the Canadian Council for Human Resources in the Environment Industry. He has sat as a Director of Working Ventures Canadian Fund Inc., a member of the Construction Sector Council and as a Director on the Canadian Union Advantage Benefit Plan. Prior to his retirement the Building Trades re-affiliated with the Canadian Labour Congress and Edgar was selected as one of two Vice Presidents from the Building Trades to sit on the Congress Executive Council. Edgar has been a tireless worker on behalf of working men and women across this country. He has gained the respect of his peers and those employers he has worked with over the years. Cremation has taken place and there will be no visitation, or funeral service, by request. Donations in memory may be made to Julia McFarlane Diabetes Research Centre (the University of Calgary). Funeral arrangements have been entrusted to the White Family Funeral Home and Cremation Services, Kentville.