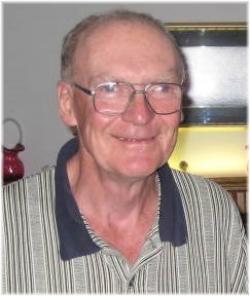 Neil Leo Murphy, New Minas, passed away on Thursday, November 19, 2020 at the age of 79, after a long and courageous battle with cancer. He was born on June 17, 1941, son of the late Frederick P. Murphy and Agnes (Murray) Murphy, Moncton, NB. He is survived by his wife of 55 years, Sherrill G. (Best) Murphy; loving daughter, Nova Lee Murphy, Montreal, QC; loving son, Patrick (Michele) Murphy, Tampere, Finland; precious grandchildren, Davis and Hannah; brothers, Greg (Laura), Pat (Claire), Danny (Claudette), John (Rose) and Kevin, all of Moncton, NB; sisters, Ann Cadell, Saint John, NB, Bernadette (Gary) VanBuskirk and Maureen (Bill) Murphy, of Moncton, NB. He was predeceased by his brothers, Raymond (Rita), formerly of Kingston, ON, Hubert, formerly of Moncton, NB, David (Theresa), formerly of Omaha, Nebraska; sister, Joan Larlee (Don) Aitken, formerly of South Carolina; and sister-in-law Sandy, formerly of Moncton. He graduated from the Nova Scotia Agricultural College, Truro, NS in 1964 and MacDonald College of McGill University with a BSc in Agriculture in 1966. He worked for the Carleton County Vocational School, Woodstock, NB from 1966-1967. He joined the Department of Agriculture Canadian Food Inspection Agency in 1967 and spent 14 years working out of the Charlottetown, PEI office before transferring to the Kenville Research Station in 1981 where he worked for 21 years, retiring in 2002. He was a 52+ year third degree member of the Knights of Columbus. While a member of Council 824 Charlottetown, PEI he served as District Director and New Council Development Officer. He instituted Council No. 7105 Vernon River, PEI on April 13, 1978. He was Grand Knight of Kentville, NS Council No. 5030 from 1989-1993 and received an Outstanding Service award in 1991. He was an avid hunter, fisherman, gardener and enjoyed working in his woodlot in Melrose, NB. Cremation has taken place. The Funeral Mass and Rite of Christian Burial will be held at 11 a.m. on Friday, September 17, 2021 in St. Joseph’s Roman Catholic Church, Kentville. Interment will take place in Holy Cross Cemetery, Kentville. Donations in memory may be made to St. Joseph’s Roman Catholic Church, Kentville, Knights of Columbus or to the Valley Hospice Foundation. The family would like to express their gratitude to the Palliative Care team, the VON and the Valley Hospice for all their care and support. Funeral arrangements have been entrusted to the White Family Funeral Home and Cremation Services, Kentville.