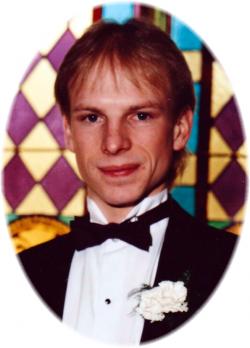 William Winton "Billy" Zinck - age 52, of McGee Lake, passed away on Thursday, March 25, 2021, at home. Born in Kentville, he was a son of the late Winton "Bud" and Jean (Corcoran) Zinck. As a young teen, Billy delivered the daily newspaper. This was the beginning of a hard work ethic that spanned his life. He held many jobs in retail and restaurants as an older teen. Billy graduated with high honors from the Electronics Program at NSCC and was hired on at Michelin, a career he recently retired from after spending almost 30 years as a technician. While at NSCC in 1987, he met Tina, who would become his wife in 1990. Their family grew in 1992 when they welcomed their daughter Ally. An avid music lover, he sang and played guitar in many bands in the 90’s, some with his brother Bernie. Many good times were had in the "jam barn" over the years. Spending time outdoors was another favorite pastime. He very much enjoyed four-wheeling and more recently, playing on his tractor. Billy was always up for spending time with family and friends, enjoying some beverages in the yard or at the former family cottage. He was the life of the party, of which there were many. He was a friend to many, brother, husband, father, and grandfather. He enjoyed spending time with Tina, Ally and new grandson, Cohen. He is survived by his wife of 31 years, Tina (DeEll); daughter, Ally (Dylan Powell); grandson, Cohen Powell, all of McGee Lake; sister, Suzanne (Kevin) Phinney, Aylesford; brothers, Allan (Marsha), Bedford; Bernie (Anne-Marie Comeau), Kentville; four nieces; one nephew; father and mother-in-law, Ken and Margie DeEll, Wolfville. Cremation has taken place and there will be no visitation, by request. A private funeral service will be held in the White Family Funeral Home, Kentville. Donations in memory may be made to a trust account set up for Cohen. E-transfers can be sent to: [email protected] Funeral arrangements have been entrusted to the White Family Funeral Home and Cremation Services, Kentville. Online condolences and inquires maybe directed to www.whitefamilyfuneralhome.com.

Click here to View Condolences
Service Location
A private funeral service will be held in the White Family Funeral Home, Kentville.
Visitation
There will be no visitation, by request.
Requested Charity
A trust account set up for Cohen (e-transfer [email protected]).