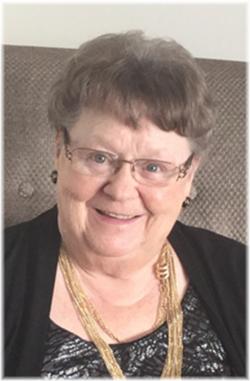 Diana Mary Wallace, age 81, passed away in Grand View Manor, Berwick on April 17, 2021. Born in Bear River, she was the only child of the late O. Trueman Wright and M. Eileen (Copeland) Wright. Diana excelled in academics at Digby Regional High School and at Teacher's College in Truro. Always eager to learn, she continued her education at Acadia University, she was a respected teacher for nearly 35 years in the elementary schools of Yarmouth and Kings County. While teaching in Kentville and New Minas, she taught generations of fourth and fifth grade students. Even after she retired from teaching, she continued to be involved with school children as a pen pal to a new class every year, writing over 3000 letters in total. For this, Diana received a Maritimer of the Week award. Diana had a long history of involvement with the Red Cross and was recognized for her volunteer service. This included sponsoring Red Cross at school and manning the sickroom loan depot with Victor Forsythe. She was a member of Orchard Valley United Church in New Minas for over 25 years, where she served as an Elder. Diana was a loyal friend to all and enjoyed all kinds of social occasions. She loved playing cards, visiting with family and friends, travelling to see relatives in the US and spending a Christmas in the Dominican Republic with her son as well. She also enjoyed Sunday drives around Kings County. Once she moved to Grand View, her friends soon learned that they needed to plan phone calls and visits around her busy schedule of puzzles, playing cards, crafts, and recreation activities with her new friends. Diana had the best memory for people and their special occasions; she sent out countless numbers of cards to remember birthdays and anniversaries. She liked to read, work on her genealogy, watch Jeopardy, and sing along with the choirs on Gaither Gospel Hour and Time to Sing. Sidney Crosby was her boy and the Pittsburgh Penguins were her team. She was a faithful viewer! All of these things were important, but for Diana being the "Best Mother" was her #1 thing. She and her son Ian shared a strong bond. Diana was predeceased by her parents, former husband, David Wallace and long-time companion Victor Forsythe. She is survived by her son, Ian Wallace; cousin, Janet Copeland, other cousins and many friends. Donations in memory may be made to the Nova Scotia Arthritis Society, Nova Scotia Diabetes Society or a charity of your choice. Cremation has taken place and burial will be in the Canard Burial Ground. A Celebration of Life will be held at a later date.