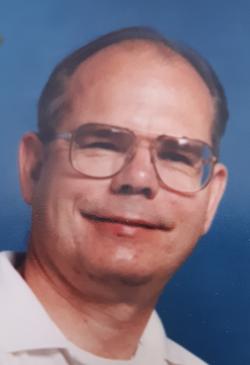 Robert Leslie Piercey – 77, of Coldbrook, formerly of Halifax, passed away suddenly at home on May 12, 2021. Born in Halifax, he was the son of the late Robert and Emma (Lawrence) Piercey.

Robert was employed as a computer specialist with the Government of Canada, Department of National Defence, Halifax, from where he retired. During retirement he enjoyed cross stitching, all things computers and took pride in his model trains.Everyone he met during his life was amazed by his generosity, compassion and love for his family.

In addition to his parents, he was predeceased by his sister, Joan Kenney; and son-in-law, Dennis Duggan.

Cremation has taken place and there will be no visitation or funeral service. Burial will take place at a later date in the Pleasant Hill Cemetery, Lower Sackville.

Donations in memory may be made to the Heart and Stroke Foundation. Arrangements have been entrusted to the White Family Funeral Home and Cremation Services, Kentville. On-line condolences and inquiries may be directed to www.whitefamilyfuneralhome.com