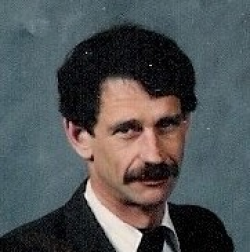 S. Robin Russell, age 73 of Canning, passed away peacefully on Friday, July 16, 2021 in the Valley Regional Hospital, Kentville, after a period of declining health.

Born in New Ross, he was a son of Edgar and Mabel (Britton) Russell. Robin was predeceased by a sister, Bettylu Reeves. He is survived by a son, Eric (Rachel) of Osgoode, Ontario; daughter, Emily (Jonathan Fawcett) of St. John's, Newfoundland & Labrador; grandson Heath (son of Eric and Rachel); and several brothers, sisters, and other family.

Robin was a fan of the music of Hank Williams Jr., Merle Haggard, Don McLean, and Jeff Healey. He loved spending time listening to music, talking on the phone, reading the newspaper, reading his Bible, watching television, and most of all, playing cards with his beloved grandson.

Robin lived at Glooscap Manor seniors' residence in Canning, where he was well known as "Rob". He will be greatly missed by family and friends.

Cremation has taken place and there will be no visitation, by request. A private family service will be held at a later date. Donations in memory may be made to the Mood Disorders Society of Canada. All arrangements have been entrusted to the White Family Funeral Home and Cremation Services, Kentville.