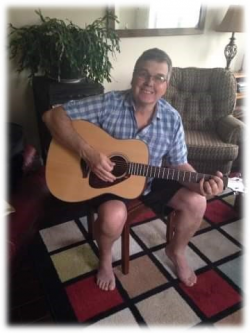 Andries "Andy" Vander Honing – 67, of Upper Dyke, passed away in the QEII – Halifax Infirmary, Halifax, on Tuesday, October 5, 2021. Born in Sint Annaparochie, Friesland, The Netherlands, he was a son of the late Hendrick and Maaike (Visser) Vander Honing. He immigrated to Canada June 26, 1956. He was a proud Friesian. Andy was a very special man, he was a friend to anyone he met. He loved his wife, kids and grandkids and spending time with his family who he cherished immensely. He was affectionately called "Pake". He was a dedicated member of Bethany Memorial Baptist Church; he served as a deacon, trustee, men’s bible study leader and choir member. His faith played a big role in his life. Andy worked as a carpenter for the majority of his career and had a passion for building and creating things. His hands were seldom idle. He was a helper to everyone and handy at everything. In his semi-retirement he looked forward each week to attending the car auctions with his son Jason. In his later years he learned to play the guitar and enjoyed playing with his band members. We miss him very much. Andy is survived by his wife, Audrey (Bouwman); sons, Rodney (Adrienne) and Jason (Tanya Arenburg); daughters, Susan Vander Honing, Courtney (Jamie) Gillis, Stacey (Aaron) Van Blarcom and Brittany (Nick) MacKinnon; brothers, John (Ann) Hultink and Henry (Diane) Hultink; sisters, Anges (David) Hazelwood, Wendy (Tim) Thornton and Iena (Harry) Van’t Foort; grandchildren, Ashley Lynk, Riley Vander Honing, Tyler Vander Honing (Sarah Dominey), Shelby (Michael) Rodriguez, Hayden Gillis, Blake Gillis, Penny VanBlarcom, Hendrik VanBlarcom and Noah MacKinnon; great-granddaughter, Alanna Pace; as well as many nieces, nephews, extended family and friends. In addition to his parents, he was predeceased by his previous wife, Penny (Reynolds) in 1996; and many aunts and uncles. The family would like to thank the QEII Cardiac Transplant Unit, Coordinator Kate Storm and Dr. Miroslaw Rajda for their expertise, as well as the nursing staff for their care and compassion during this difficult time. Cremation has taken place and there will be no visitation. The funeral service will be held at 5:00 p.m. on Saturday, October 9, 2021 in the White Family Funeral Home, Kentville.

In accordance with the Nova Scotia Proof of Full Vaccination Policy, proof of full vaccination will be required to attend visitations, services and receptions held in or by the White Family Funeral Home.

For those unable to attend, a video webcast of the service will be available at 5:00 p.m. A private burial will take place at a later date. Donations in memory may be made to the Maritime Heart Centre, Bethany Memorial Church or the consideration of becoming an organ donor on behalf of Andy in support of helping those who may need an organ donation in the future. Funeral arrangements have been entrusted to the White Family Funeral Home and Cremation Services, Kentville. To view the video webcast and for on-line condolences please visit: www.whitefamilyfuneralhome.com.