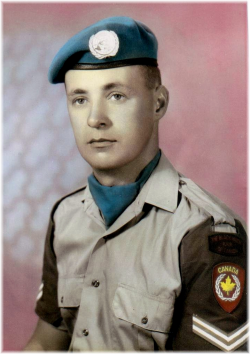 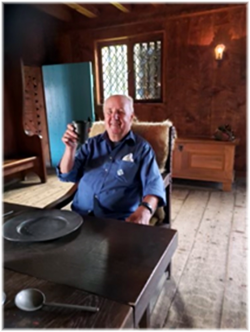 It is with great sadness that we announce the unexpected passing of a dear father, brother, husband and friend. Eugene was a young at heart 83-year-old who was still very active and involved in all our lives. He passed away on October 6, 2021, at the QEll Health Sciences Centre, Halifax, with sons, David and Danny by his bedside. He was born in the town of Annapolis on February 8, 1938, to the late Louis and Vera (Cummings) Thibodeau. To sum up his life is not easy, but he moved to Halifax as a young boy and began working at different jobs to make ends meet. He learned many skills and his path led him to eventually joining the army and meeting his first wife. He married Shirley Anne Dukeshire on August 22, 1958, and they raised three sons, David, Danny and Michael. He was very proud to serve his country as a member of the Black Watch Infantry Division in Gagetown, NB. He moved his young family to Germany where they made many special memories, lifelong friends and unforgettable experiences. After returning to Canada and leaving the military, he settled in NS and brought the boys up hunting, fishing and teaching them valuable life and work skills. He passed along the tradition of making the French Acadian family recipe, Rappie Pie, which we have all enjoyed! His life was a roller coaster with lots of ups and downs along the way. He ended up working construction as a carpenter with Roscoe’s here in the valley, until he retired at 65. It was during these years when he went to a dance one night and he met Marion (Brown). Twenty-one years ago, they married, and he found himself travelling and living like a teenager again. He was very involved in the legion and the seniors club. He participated in yard sales, card games, fundraisers and jam sessions. When Marion became ill, he faced challenges, but rebounded again. He was excited about helping out wherever he could whether it was rebuilding a camp, working around the farm, fishing at the lake, helping out at the shore or, of course, selling dulse on the main drag every chance he could. He spent his quiet times reading and doing puzzles. He had a keen interest in history and loved sharing his knowledge along with his own stories, which were always fun to listen to. He loved to talk with and meet new people whenever he could. All of his family, his friends and his neighbours (community) have a huge loss to overcome…Eugene…you left an imprint on everyone you met, and you will be missed. He was predeceased by his wife, Shirley; his sisters, Kathleen and Dorothy and his brothers, George and Tom. He is survived by his sons, David (Wanda), Baxter’s Harbour; Danny (Catherine), Hammonds Plains; Michael (Maryanne), Victoria, BC; his wife, Marion (Brown) and step-daughter, Debbie (John), Baxter’s Harbour; sister, Regina Rogerson (Thibodeau); brother, Willie Thibodeau; grandchildren, Cory, Holly (Dave), Sarah (Kyle), Ashley (Tyler) and Michael; eight great grandchildren, Aiden, Jocelyn, Hannah, Ava, Jaxon, Keely, Jordyn and Damion. There will be a reception at the Baxter’s Harbour Community Hall on Saturday, October 16, 2021,  from 1-4 p.m. There will be a burial service in Argyle at a later date. Eugene’s family and friends would like to thank all the nurses and doctors at both the Valley Regional Hospital and the QEll, they are true professionals. Donations in memory may be made to your family, friends, and neighbours in need. Eugene would have given anything he had to someone in need. Funeral arrangements have been entrusted to the White Family Funeral Home and Cremation Services, Kentville. In accordance with the Nova Scotia Proof of Full Vaccination Policy, proof of full vaccination will be required to attend visitations, services and receptions held in or by the White Family Funeral Home. On-line condolences and inquiries may be directed to www.whitefamilyfuneralhome.com.

Click here to View Condolences
Service Date
Saturday, October 16, 2021
Service Time
1-4 p.m.
Service Location
Baxter's Harbour Community Hall
Visitation
There will be no visitation, by request
Burial Time
At a later date
Burial Location
Argyle
Requested Charity
Donations in memory may be made to your family, friends and neighbours in need