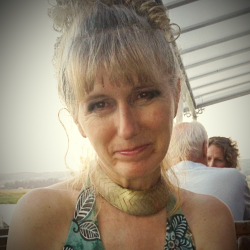 Sheila Ann (Nickerson) Jess - 61, of Wolfville, passed away in the Valley Regional Hospital, Kentville, on Thursday, October 7, 2021. Born in Berwick, NS, she was the daughter of the late Douglas and Gloria (Stewart)
Nickerson.

She was predeceased by her mother, Gloria (Stewart) (Nickerson) Pineo; father, Douglas Nickerson and her stepfather, Audley Pineo Sr.

Sheila was very enterprising, a hard worker. She owned and operated Jess'

Boarding Home for Seniors in Kingsport for many years. During that time she looked after over 100 elderly people. She loved working with seniors. Later, she owned and operated the Tides In Canteen, Kingsport and was well known for her fantastic Fish and Chips. She also was co-owner of Club Static, New Minas, the largest night club in the valley where she would always be seen on the dance floor with the other party goers. Sheila was quite politically active in her youth and is a past president of the Canning Ladies Progressive Conservative Association. Sheila loved to have dinner parties with friends and family which were always regarded as a must by those who attended as she was a wonderful cook and her pies were second to none. Sheila loved when her children's friends visited and always held them in high regard, making sure fresh baked cookies were always in the jar. Sheila was a beautiful painter and even designed and made her own clothes, always marching to the beat of her own drum, she was very stylish and glamorous with no inhibitions when it came to fashion. She would write stories, but only for herself, not wanting anyone to actually read them. Eventually she became stricken by Huntington's disease but she never lost that wonderful twinkle in her eyes and she never gained a wrinkle in her skin. Sheila was famous in the Huntington’s disease community and received the Spirit Award from WeHaveAFace/USA for her advocacy work with Huntington’s disease where she was an inspiration to thousands of people. Lovely to the end.

Cremation has taken place and there will be no funeral service, by request. A visitation will be held from 6-8 p.m. on Thursday, October 14, 2021 in the White Family Funeral Home, Kentville.

In accordance with the Nova Scotia Proof of Full Vaccination Policy, proof of full vaccination will be required to attend visitations, services and receptions held in or by the White Family Funeral Home.

Donations in memory may be made to WeHaveAFace.org/Canada-broadening global awareness of Huntington's disease and Juvenile Huntington's disease. Arrangements have been entrusted to the White Family Funeral Home and Cremation Services, Kentville. On-line condolences and inquiries may be directed to www.whitefamilyfuneralhome.com. 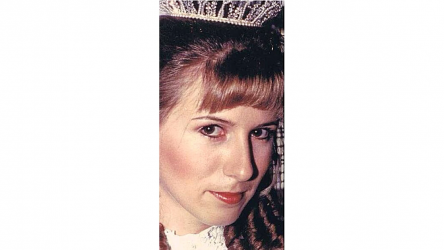