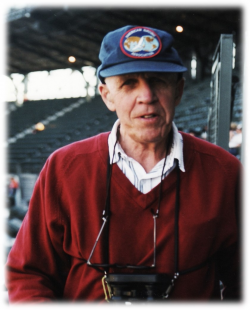 Gordon attended Kings Collegiate School, Windsor and University of Kings College (Dalhousie University) in Halifax. He served for twenty-five years in the Canadian Forces with various postings in the R.C.A.F/C.A.F within Canada and three years at 2(F) Wing, Grostenquin, France, ending in Halifax, retiring as Lt. Col. He then spent a further seven years with the Federal Government in Department of Public Works. In 1982, he moved to Wolfville with his wife, retiring there in 1983.

Some of his favourite times were when he was fishing, walking in the woods or hunting with his beloved springer spaniels and cheering on his favourite sports teams. He joined the N.S. Bird Society and the Blomidon Naturalists Society, and as a result became an avid birder. For many years following his retirement, he and Judy enjoyed travelling to many foreign locations on bird-watching tours, to see many wonderful birds endemic to each particular area.

The family also wishes to thank Annapolis Valley Home Care for the wonderful care provided to Gordon. As well, a thank you to the Valley Regional Hospital doctors, nurses and various staff members whom kept Gordon comfortable during his final days.

Cremation has taken place. There will be no visitation or funeral service, by his request. Donations in memory may be made to NS Nature Trust or the Alzheimer Society of Canada. Funeral arrangements have been entrusted to the White Family Funeral Home and Cremation Services, Kentville.

>Click here to View Condolences
Visitation
There will be no visitation or funeral service, by request
Requested Charity
NS Nature Trust or the Alzheimer Society of Canada