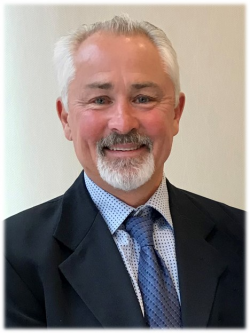 Ian Donald Mosher - age 63, died Tuesday, February 22, 2022 at the Valley Regional Hospital in Kentville. Ian was diagnosed with ALS in 2020 and set about making the best of it with his sense of humour intact. He continued to work at the Waterville Youth Centre until the last months, finding ways to overcome his diminished physical skills. He would always say his work there was the most rewarding of his life. Ian grew up in Wolfville and went to Acadia University, where he played for the hockey Axemen. He went on to teach in Kings County schools and later operated his own business as a painter and craftsman. He will be best known in baseball circles as a member of the Kentville Wildcats. He was a member of the 1985 Canadian senior championship team, knocking in the deciding run in the championship game. The team is in the Nova Scotia Sport Hall of Fame. He was an all-star and MVP as a player and continued to play, and play catcher, in the Nova Scotia Senior Baseball League until the age of 57. He was league coach of the year on several occasions. In 2021, after the Wildcats retired his No. 29 jersey at a ceremony in Kentville, he received Baseball Canada's award for lifelong coaching, which honours a positive contribution to coaching baseball in Canada at the local, provincial, national or international level. Ian said his greatest joy in baseball was that so many of his former players became coaches. He was an engaging presence in his neighbourhood and community and Ian's family was overwhelmed by the support they received during his illness. In his last few years, he developed a strong relationship with the Nova Scotia Mi’kmaw community, something that was very special to him. Ian is survived by his wife Trish, who provided his care until the end; stepsons, Shane Andrews (Sarah) and Jason Andrews; and grandchildren, Lochlan and Alex; mother, Rhea Mosher and her partner Jim Fetty; and brother, Monty Mosher (Eileen McInnis). He was also close to many of his in-laws, aunts, uncles and cousins. He was predeceased by his father, Don, and brother, James, at birth. The family would like to thank the ER staff of the Valley Regional Hospital, especially nurse Holly, Dr. Luke Richardson and Dr. Bruce MacLeod for their compassionate care. Also, EHS paramedics Amanda and Jamie and Ian’s doctor, Michael Sinclair. A special mention to family friend Patti Dexter-Peck for her nursing support of Ian at home. No funeral by request. Please join us for a Celebration of Life for Ian on Saturday, August 13, 2022 from 2:00 to 3:30 p.m. in the Louis Millett Community Complex, 9489 Commercial Street, New Minas. We will be gathering to share some of our favourite memories and stories of a life well-lived. As this is an indoor event, the family has requested that masks be worn to protect those around us, and limit the spread of Covid 19, which is still ever present. Masks will be made available at the door, should you need one. Memorial donations may be made to the Kentville Wildcats baseball club or the ALS Society of NS/NB.Arrangements have been entrusted to the White Family Funeral Home and Cremation Services, Kentville.