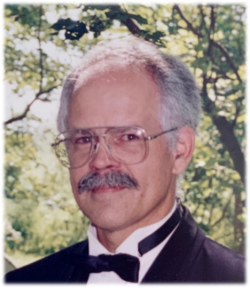 Greg was raised in Kingston, Nova Scotia, and spent much of his adult life living and working in the Annapolis Valley. He attended West Kings District High School and went on to receive a Certificate in Bookkeeping from the Regional Vocational School in Kentville, Nova Scotia in 1972. He began his career as an office clerk at Halterm Ltd. in Halifax. He soon realized he wanted to work with what he loved, all things motor, and took jobs with automotive and motorcycle parts inventory at various shops including Triple E Motorcycles, Halifax; Hurst Yamaha, Ottawa; Toad’s Cycle Works, Dartmouth; Bruce Ford, Middleton; Valley Volkswagon, Coldbrook; G.W. Sampson Co. Ltd., Kingston; Bros Cycle Supply Ltd., Windsor; and PartSource, Halifax. Greg also worked at Atlantic News, Halifax. Greg formed lifelong friendships in the automotive and motorcycle world. Greg’s final position was with Monidex Distribution International in their Burnside warehouse, and later as a Delivery Truck Driver. He made Amherst, N.S. his home base for work in 2015 and created a retirement plan which included a sunny bungalow and a double garage stocked with motorcycles and tools. Greg was well respected as a motorcycle mechanic. Unfortunately, poor health prevented him from realizing that dream and he retired in 2020 moving into Northwood in 2021.

Greg was an honest man with a big heart and a direct approach. His biggest passion was motorcycles. He enjoyed weekends at the Atlantic Motorsport Park volunteering and attending races. He was thrilled to participate as a racer for a brief time and would say "someone has to finish last!" but he celebrated the moment and created lasting memories. Greg was an advocate for motorcycle safety and was a Senior Instructor with the Canada Safety Council, Nova Scotia Division, for many years. He attended many motorcycle events, near and far, in his classic black Ford "Yamahauler" van. He went to races at Daytona 200, Laconia, and Mosport, to name a few. Greg also loved cats and camping and often combined the two, travelling in one of his beloved Ford trucks with Mini by his side. A highlight in his life was when he went by train to Expo ’67 in Montreal, where he discovered the geodesic dome and eventually purchased a kit. Greg loved making connections with people and was close to his siblings and cousins.

Donations in memory may be made to the Atlantic Motorsport Park (www.atlanticmotorsportpark.com) or the charity of your choice. Special thanks to the staff of Northwood Manor, especially to the kind and attentive staff of 3 Manor. Cremation has taken place. A memorial service, followed by a reception, will be held at 1:00 p.m. on Monday, May 23 in the White Family Funeral Home, 100 Cornwallis St., Kentville, Nova Scotia. Online condolences can be conveyed at www.whitefamilyfuneralhome.com.