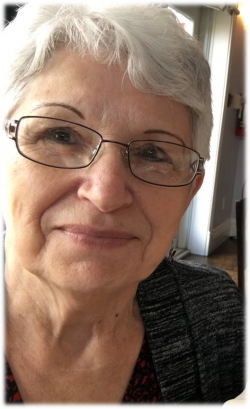 Twilah Ethel (Turner) Keddy of New Ross, died on July 26, 2022 at the Valley Regional Hospital after a brief illness from vasculitis, an autoimmune disease. Twilah was not afraid of death and her family surrounded her with love, prayers and songs as she left this world to meet her Lord and join her husband.

Service was the second tool of Twilah’s faith and it looked like baked brown bread or mayflowers delivered to people who were sick or needed cheering, visits to elderly within the community or in nursing homes, or serving as a deacon, choir member, Sunday School teacher or any capacity needed at the New Ross Baptist Church.

Twilah was predeceased by her parents, Chester and Stella Turner, and her husband of almost 55 years, Garnet. They shared an unparalleled love that has been the model for their children, grandchildren and others who knew them.

In the six years since Garnet’s death, Twilah found joy in walking in Garnet’s Christmas tree lot behind her home (after she mowed the trail by hand to reduce ticks), walking - everywhere, to the lake lots she had given to her daughters, to the cemetery, the post office and Ruby’s Trail, or playing cards and Scrabble, keeping in touch with friends and family by texting and FaceTime (after finally saying yes to an iPhone), but mostly in spending time with her family.

The family would like to thank the Health Care Team at the Valley Regional Hospital ICU for their specialized and compassionate care of Twilah. We would also like to thank friends, family and co-workers for their support over the last few weeks.