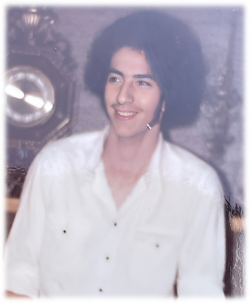 On Sunday, August 21, 2022, Steve Lalonde passed away at the age of 64.  Steve was born June 17, 1958, in Long Sault, ON to the late Gordon and Irene Lalonde. On February 19, 1986, Steve married Wendy Armstrong.  They raised two daughters, Ashley Nicole and Amberleigh Rose in Kitchener, ON.  Steve’s son from a previous relationship, Derrick Lalonde, also lives in ON.

Steve retired from Toyota Canada in 2013. He moved to Kentville, Nova Scotia in 2017 where he lived next door to his brother and niece, Tanya, who brought him into her family for meals and fun including fishing together, gardening, weird projects, renovating, beers on the deck, darts in the back yard and lots of laughs. Steve had strong faith in God and was passionate about the Bible and its teachings. He valued his morning walks to the corner store for coffee and the people he befriended there. Steve had a passion for helping anyone who needed a helping hand, and you could always count on him when asked.

Steve was predeceased by two siblings. He is survived by six siblings, and several aunts, uncles, cousins, nieces, and nephews. He will be missed.

The burial and graveside service will be held at 9:00 a.m. on Friday, September 23, 2022, at the St. Lawrence Valley Cemetery in Long Sault, ON where Steve will be laid to rest alongside his parents and sister Linda.

Donations in memory may be made to a charity of the donor’s choice. Arrangements have been entrusted to the White Family Funeral Home and Cremation Services, Kentville. On-line condolences and inquiries may be directed to www.whitefamilyfuneralhome.com.