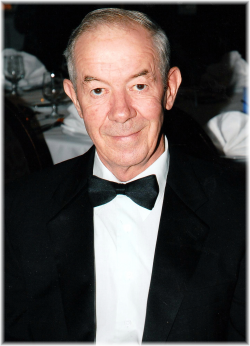 Richard Wayne Misner – age 76, of New Minas, passed away peacefully on Friday, January 20, 2023 after a three day rest in Valley Hospice, Kentville with Mary Lou, Natalie and Mark by his side.

Richard was a graduate of Kings Regional Vocational School. He obtained his Red and Gold Seals in Carpentry from NSIT; after years in his trade, Richard established his own residential construction company, R&M Misner Construction Ltd. He attended Nova Scotia Teachers College for teaching in Trade and obtained University level credits from Acadia University in efforts of obtaining his goal of becoming a teacher in his field. He accomplished that goal when he took over his former teacher Mr. Cecil Ellis’s position in 1983. Richard continued to teach for 25 years until retiring in 2008. During his time teaching, Richard took pride in all of his students and loved being a mentor to teach, instruct and touch the lives of many young students. He enjoyed his role on the coaching staff of the men’s Kingstec Hockey Team. Loving his sports, he enjoyed pitching with his Orange Crush and Dave Brown United Ltd. Men’s Lob Ball teams. He was a diehard fan of his beloved Toronto Blue Jays. Richard also had a love of deer hunting with the Messom boys, deer and pheasant hunting as well as fishing with Tom and Andre and shared his love of fishing with Rod and the boys. Richard was a community man being a Director with New Minas Parks and Recreation, a member of Nova Scotia Pheasants Forever and post retirement, was a volunteer member at the Valley Regional Hospital for over 15 years. Richard also had a love of travelling where he and Mary Lou travelled many parts of the globe. He fully enjoyed quality family time with countless camping and road trips. He also had a love for country music, Saturday Night Classics, live music festivals and loved to dance. Richard built his cottage in 1982 in his home community of Chipman Brook. He was the steward of his own land and spent countless hours, days, and years in his woods where he absolutely loved and cherished his spare time. The cottage provided for many family memories with his kids and grandchildren. Richard was first and foremost a loving, gentle, and caring family man. He had a very special love for his grandchildren who were the highlight of his life. From apple fights and whisker rubs to high school and trade graduations, he was always there for each and every of them and so proud of each. In his final day, he got to watch his only great grandchild take his first steps via video where he raised his hands to clap and smile in celebration.

Richard was predeceased by his parents, Florence and Lester; brothers, George and Downey; sister, and brother in infancy; father and mother-in-law, Ralph and Marjorie Pineo, and many brothers and sisters-in-law.

Cremation has taken place and there will be no funeral service, at Richard’s request. A private family graveside service will be held at a later date in Black Rock. The family would like to extend a special thank you to the VON, Dr. Jenna McNeil and the Palliative Care team (Kings) and the Valley Hospice. Donations may be made to any of the above organizations or to the East Black Rock Cemetery. Funeral arrangements have been entrusted to the White Family Funeral Home and Cremation Services, Kentville.