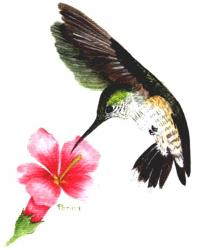 Mary Alberta (Toots) MacKenzie - 91, of Kentville, passed away on Tuesday, November 18th, 2014 in Evergreen Home for Special Care, Kentville. Born in North Sydney, she was a daughter of the late Malcolm (Tootsie) and Eliza (Craft) MacDonald, and was predeceased by her husband, Donald MacKenzie. Survived by her children; Bonnie MacKenzie, Riverview, James (Ruby) MacKenzie, Kentville, Carol (Philip) Kinsman, Berwick, Beth MacPherson (Michel Polevoy), Montreal, Jane (Allan) Maxwell, Kentville, Alison Gould, Kentville, her grandchildren; Kate, Stuart, Debbie, Sean, Adam, Matthew, Carly, Mary Alberta, Jenna, Donnie, Kristy, and Meaghan, and multiple great-grandchildren. She is also survived by favourite sister-in –law Jeanne MacDonald in Halifax and several nieces and nephews. She was predeceased by her brothers; Hughie, Chippy, and Byron, as well as, three nephews; Bruce, John, and Michael. Mary was a graduate of Sydney Academy, The New England Conservatory of Music, and later obtained her Masters Degree in Music from Acadia University. Since the age of 16, she was in multiple dance bands and played with The Stag Orchestra. Mary spent several summers as a Camp Counselor and Music Director at the United Church Camp. It was here that she was given the nickname Toothpick. Mary taught piano lessons for many years and was the Choir Director and Organist at the United Church of St. Paul’s & St. Stephen’s in Kentville. She was a past worthy matron and past Grand Organist for Evangeline Chapter #15 Order of the Eastern Star and member of U.C.W. Mary was always looking for a game. Whether it was Bridge, Tarbish, Crib or 45’s, she was always ready to play with a fresh cup of tea. Although Mary loved to travel- visiting Florida and Arizona with Don once he'd retired – their deep love for Cape Breton always kept her coming back every summer. From May until September, "The Bungalow" was home – when she wasn’t busy visiting friends and family in Sydney with the occasional trip to the mall. Mary’s last three years were spent at the Evergreen Home for Special Care in Kentville, where she was more than just a resident, she was treated like the dearest member of their family. So many staff members – from housekeeping, dietary, and most especially the nursing staff - showed her so much love and dignity, particularly in the last three weeks. Cremation has taken place. There will be no visitation by request. A combined Order of the Easter Star and funeral service will be held at 11:00 a.m. Friday, November 21, 2014 in the White Family Funeral Home, Kentville. A reception will follow the service in the funeral home reception room. Burial will take place at a later date. Donations in memory may be made to VON Annapolis Valley. Funeral arrangements have been entrusted to the White Family Funeral Home, Kentville.